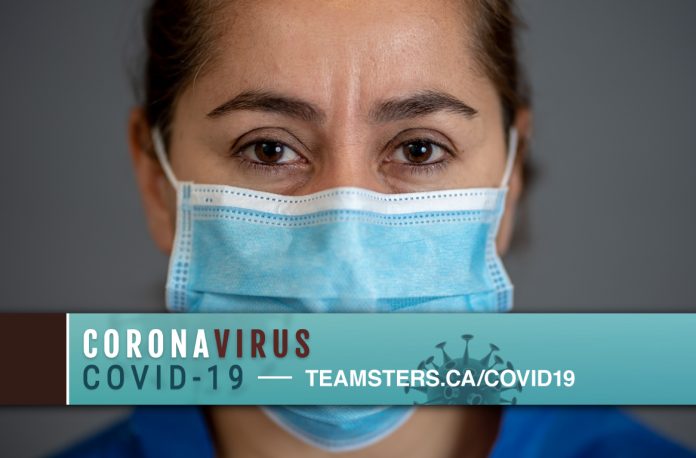 Montreal, April 21, 2020 – The president of the Teamsters Canada, François Laporte, sent a letter this morning to the Quebec government informing Premier Legault that he wishes to take part in discussions that will eventually be held to put in place sector-specific labour standards for workers in the privately-owned retirement homes. Teamsters also support similar demands from the Quebec Federation of Labour.

Since the beginning of the pandemic, Premier Legault, as well as several commentators and journalists, have been talking about the working conditions in Quebec’s senior care sector, but it is important to provide a few clarifications in order to fully understand the complexity of the issues in the industry.

We all know that working conditions private-sector homes are not very enviable. It is not uncommon to see workers being paid little more than minimum wage.

A less well-known reality, however, is that there are significant wage disparities between the same job categories in the private and public sectors. For example, a person who performs maintenance in a private residence may be paid up to $8/h less than a person doing the exact same job in the public sector. The same is true for people working in kitchens, at the front desk and, of course, for personal support workers.

The need for sector-sepcific labour standards

The idea of putting in place sector-specific labour standards for private retirement homes was put forward by the Teamsters three years ago. That would improve working conditions by closing the gap with the public sector.

At that time, we began a consultation to deepen our understanding of the difficulties our members were experiencing. We stepped up our provincial lobbying efforts in 2019 by publishing opinion letters in the media and mentioning the idea of a decree in all our interviews. Despite meetings with representatives of the Legault government, no decision was going to be made in the short term to satisfy workers’ demands.

The COVID-19 pandemic was therefore going to change the situation and force our Premier and his team to seriously consider the idea of sector-specific labour standards.

However, salaries are only part of the problem facing staff in long-term care centres and retirement homes. Worker/resident ratios must be reviewed to ensure optimal quality of care for our seniors.

Teamsters welcome the government’s open-mindedness and hope to collaborate in order to resolve once and for all the issues facing employees in this industry.

Given our aging population, we must make this sector of activity more attractive and find ways to retain personnel in order to ensure a dignified and peaceful retirement for all seniors. 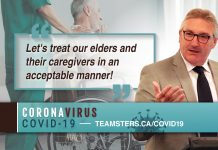 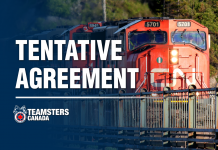