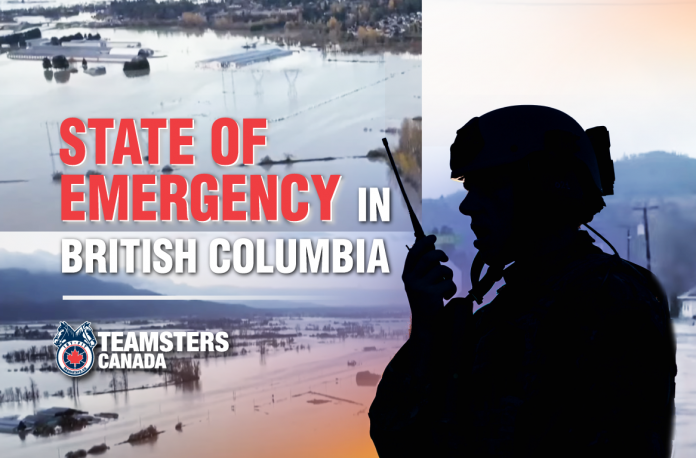 The state of emergency has been declared by British Columbia Premier, John Horgan, and is initially in effect for 14 days and may be extended or rescinded as necessary.

The federal government has responded to and accepted BC Government requests for assistance. In the coming days, additional federal personnel and resources will be arriving in B.C. to assist.

As you know, flooding, mudslides and rockslides over the past few days have brought most major roadways in southern British Columbia to a standstill. Emergency crews are working hard to restore traffic on the roads that connect Vancouver to the rest of the province and Canada.

There is still a lot of things to be done to achieve this goal and I want to acknowledge the hard work of all the men and women involved in this risky work. Some are members of our union and I am particularly proud of their dedication and efforts to ensure the well-being of their fellow citizens.

As you know, the Teamsters Union represents tens of thousands of members in road, air and rail transportation. Our members, like the general public, are suffering the consequences of these floods. Things will not return to normal for some time, but they can count on the officers and staff of their local unions in BC.

In the meantime, I encourage you to respect the safety instructions issued by the governments.

Brother Stan Hennessy, Joint Council 36 President and International Vice President and I continue to monitor the situation closely. My thoughts, and those of all our members, officers and business agents across the country, are with you all. 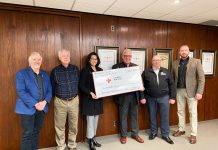