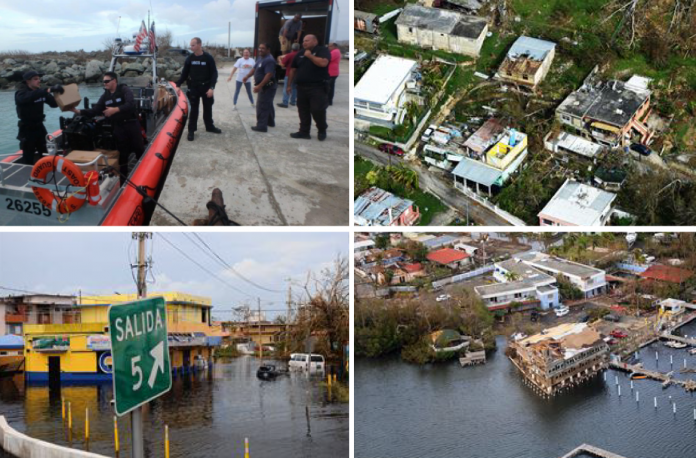 (WASHINGTON) – The Teamsters Union denounces reports from online, anti-union sources that stated Teamster truck drivers in Puerto Rico have refused to move supplies from the port as part of an effort to leverage wage increases from the government. These reports are false and have no basis in fact.

The truth is that members from Teamsters Local Union 901 in San Juan have been working or volunteering since the day after the hurricane passed, helping with disaster relief and recovery.

“Let me be clear – Teamsters in Puerto Rico have been working on the relief efforts since day one,” said Alexis Rodriguez, Secretary-Treasurer of Teamsters Local Union 901. “Anyone that has reported anything different is lying. Our only agenda is to help bring Puerto Rico back better and stronger.”

“These viral stories spreading across the internet are nothing but lies perpetrated by anti-union entities to further their destructive agenda,” said Teamsters General President Jim Hoffa. “The fact that they are attempting to capitalize on the suffering of millions of citizens in Puerto Rico that are dire need of our help by pushing these false stories, just exposes their true nature.”

The union is also coordinating with the AFL-CIO to send Teamster volunteers to Puerto Rico to help augment the relief efforts. Hundreds of Teamsters have volunteered to aid in the recovery in the key areas like the distribution of aid and sanitation.

“The outpouring of volunteers from our membership across the country is truly inspiring,” said George Miranda, President of Teamsters Joint Council 16 in New York, N.Y. “We have had hundreds of members contact us to volunteer their time to go down to Puerto Rico to help with the relief efforts.”