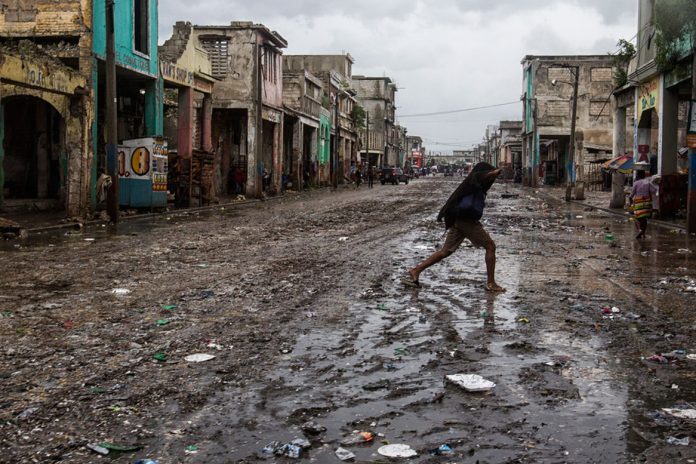 Laval, October 13, 2016 — To date, Hurricane Matthew has taken a major death toll in Haiti (the exact numbers were not known at the time this was written) and the situation looks dire for this island and many neighboring countries of the Greater Antilles.

François Laporte, President of Teamsters Canada, is calling on Canadians to come to the aid of the victims of this natural disaster by making donations to the Canadian Red Cross.

“I can only imagine the despair they must be feeling in the face of such devastation,” he said. “This is why I am calling on my fellow Canadians and members of the Teamsters Union. These people are crying out for help and it is our duty to help them.”

The Teamsters Union sent representatives to Haiti a few years ago to support unions in the developing country. Subsequently, the International Brotherhood of Teamsters and Teamsters Canada joined forces to demand the reinstatement of a Haitian worker who had been wrongly dismissed.

“We know people in Haiti and have special ties with them,” concluded the union leader. “This is why we are appealing to your generosity today.”