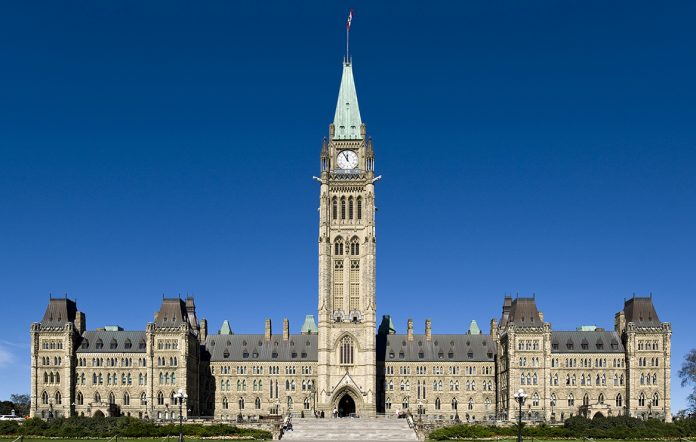 Yesterday we were in Ottawa to speak out against the secretive and deeply flawed Trans-Pacific Partnership (TPP).

Canadians elected the current government on their promise to grow a stronger middle class, and that promise should be the focus of all government dealings. And yet, the TPP revolves around corporate interests that fail to align with the interests of workers and members of the middle class.

Trade agreements have already sent tens of thousands of good jobs overseas, and the TPP goes even further. Its after sales and service provisions allow companies to bring cheap foreign workers into Canada to perform jobs that can’t be sent abroad, like in the construction industry.

The affordability of healthcare is also at stake. By conceding stronger patent protections to pharmaceutical companies, we can expect to pay an additional $800 million annually in increased drug costs. Moreover, our government would no longer be allowed to expand our public health system to include a universal pharmacare program.

The TPP could even spoil our milk. By eliminating Canada’s supply management system, hundreds of jobs in the dairy industry would be sent packing. Canada would import most of its milk from places as far away as New Zealand, with none of the freshness and quality assurances that Canadians are used to.

David Froelich, the Director of the Dairy Division at Teamsters Canada, spoke with MPs in Ottawa today. “I believe the TPP interferes with the government’s obligations when it comes to protecting workers and food safety,” he said before entering the meeting. “I don’t think the TPP will work for Canadians. Not until the cows come home.”

Teamsters Canada is especially interested in seeing modeling to study the exact consequences of the TPP on the dairy industry. The government doesn’t appear to have any modeling on which to make decisions or cast an opinion, despite repeated requests.

Moreover, while the government has offered to compensate dairy farmers for losses stemming from the TPP, we feel that all dairy workers should have access to a compensation package. It could take the form of money to help bridge older workers to retirement, or training to help find new work.

Under the TPP, governments wouldn’t even be allowed to preserve Canada’s ban on hormone-free milk or ask companies to put Canadian workers first. Thanks to investor protection provisions, large companies would be able to sue governments that threaten corporate interests. But not in Canadian courts; disputes would have to be settled in private by a panel of corporate lawyers.

What more can we expect from a deal negotiated in secret between governments and corporate lobbyists? The previous government did not give unions and other non-governmental organizations a seat at the table because the TPP could never be negotiated in public.

Although the TPP is touted as a free-trade agreement, the reality is that Canada already has free trade agreements with 98% of the biggest countries involved in the TPP. Economically, the consequences of being left out of the partnership are therefore negligible. But joining in could deal a terrible blow to workers and members the middle class. 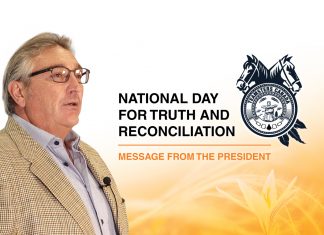 Teamsters Canada - September 30, 2022
My name is Ernest Bishop. I am Six Nations Upper Mohawk. I also carry the title of Indigenous Persons Liaison for my great union, Teamsters Canada. I would like to take this opportunity to speak on the National Day for Truth and Reconciliation.