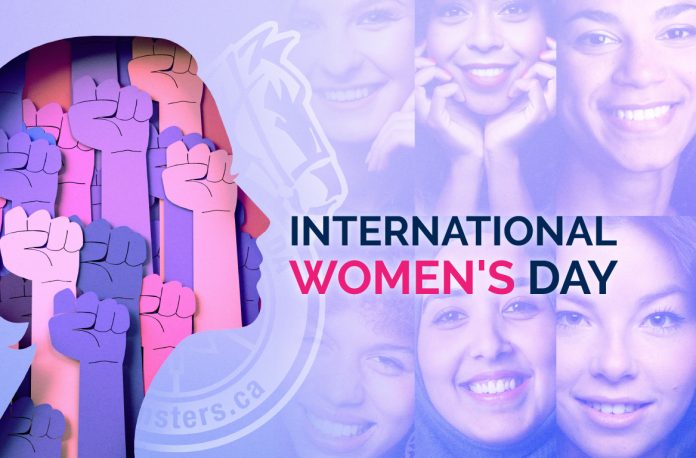 This year, International Women’s Day feels timely, as a sense of normalcy finally starts pervading our daily lives. Without a doubt, one of the main reasons we can all breathe just a little bit easier is due to the significant role that women played throughout the pandemic.

From healthcare workers to service workers, from retail workers to truck drivers, women have filled essential jobs. We are grateful for their contribution. Women have made numerous sacrifices in both their work and personal lives, with altered work schedules and increased family responsibilities. They have been targets of violence and harassment, an issue that concerns us all. All things considered, the crisis has shown us that in spite of decades of hard-earned victories, the gains are in fact fragile.

In this light, are working conditions in traditionally female occupations up to par with the needs and every realities of women? One solution is to unionize office and retail workers. We must also continue to counter prejudice and stereotypes, and enhance trades that are predominantly done by women. And equally, I encourage women who wish to do so to think outside the box and not waiver in taking up traditionally male occupations. There are boundless opportunities there too!

Our society must continue to evolve towards gender parity. Achieving this vision entails the continued involvement of women, but also requires overall changes in corporate culture, and for each of us to take steps on a daily basis.

Teamsters Canada values the role of women in the day-to-day administration of the National Office. We have sisters at the helm in public affairs, communications, government affairs, national coordination and accounting. Under my leadership, a dedicated position to ensure women’s representation was created on the Teamsters Canada Executive Board in 2016.

At the government relations level, we will continue to fight for paid leave for pregnant workers under the Protective Reassignment provisions in the Canada Labour Code and for affordable and accessible child care across the country.

Let’s stand strong, and let’s stand together. This is how we build up Canada, and a better future for all, every day.