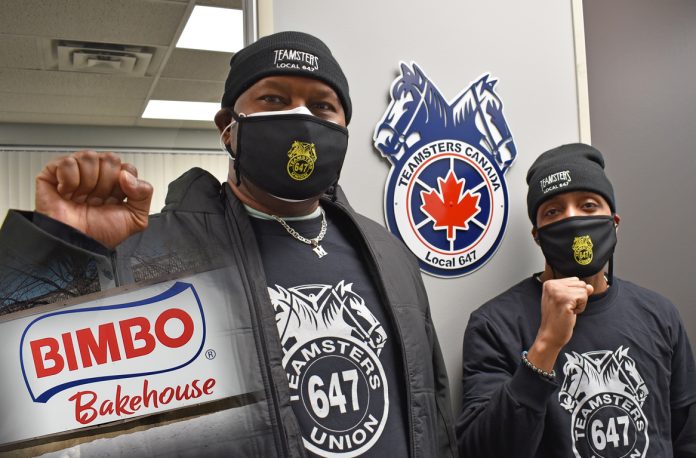 Concord, Ontario – January 25th, 2022 — The workers at Bimbo Bakeries USA’s Viceroy Plant in Concord successfully voted to unionize with Teamsters Local Union 647 on January 25, 2022, after hours of campaigning and a difficult battle against unsavoury tactics.

The Organizing Committee stopped at nothing in their efforts to support and push for Teamsters representation.They came together with teamwork and a unified front, and spent many weekends and hours after their own shifts planning, communicating, and strategizing. It was their efforts that built such a strong, organized foundation that undoubtedly embodies the Teamsters spirit.

Members of Local Union 647’s Executive and Board members also got involved: they addressed worker questions and concerns, handed out flyers, and rallied outdoors with the Committee despite the frigid winter temperatures.

“I am extremely proud of the dedication and integrity everybody demonstrated,” says Martin Cerqua, President of Local Union 647. “I want to personally thank the Organizing Committee for all their hard work. I’m proud to call them my Brothers and Sisters.”