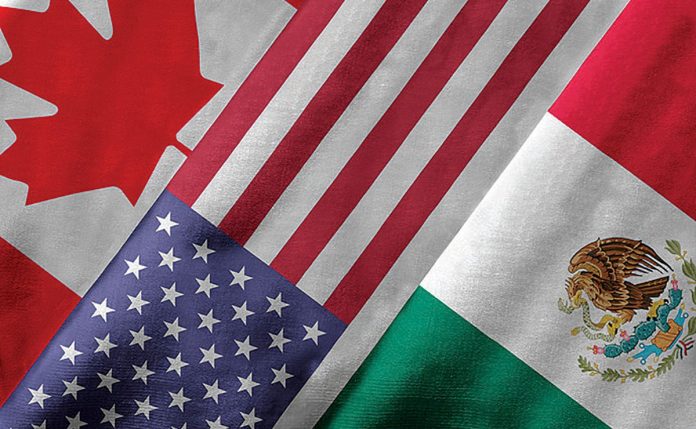 The complaint will be the first test of the labor reforms included in the USMCA. Workers at Tridonex have reportedly been denied their right to organize for more than two years and have faced harassment and termination for their union activity.

“This filing is a critical test of the rapid response mechanism in the USMCA,” said Teamsters General President Jim Hoffa. “Part of the intent of the labor reforms included in this trade agreement was to raise the standards in Mexico and to empower workers seeking union representation on the job. How Mexico treats its workers impacts all workers in North America. Every worker in the U.S., Canada and Mexico deserves a safe workplace, free from intimidation and persecution.”

Tridonex, a subsidiary of Philadelphia-based Cardone Industries Inc., manufactures auto parts that are sold in the U.S. The company has fired more than 600 workers who wanted to organize with the independent union SNITIS. The campaign began in 2019 after workers were dissatisfied with the representation they received from the “protection union” at Tridonex. Protection unions in Mexico are usually company-controlled and offer little to no true representation of the workforce.

“Tridonex uses dirty tricks to deny Mexican workers a decent living. In doing so, they suppress wages and working conditions for people across North America. We have no business trading with companies like Tridonex until they respect workers’ rights,” said the president of Teamsters Canada, François Laporte. “Moreover, the Canadians at Brookfield Asset Management, the company that ultimately controls Tridonex, should be ashamed that so many workers were abused under their watch. I call on Brookfield to take action to ensure their companies at least live up to the USMCA’s minimum standards.”

Founded in 1903, the International Brotherhood of Teamsters represents 1.4 million hardworking men and women throughout the United States, Canada and Puerto Rico. Visit www.teamster.org for more information. Follow us on Twitter @Teamsters and “like” us on Facebook at www.facebook.com/teamsters.