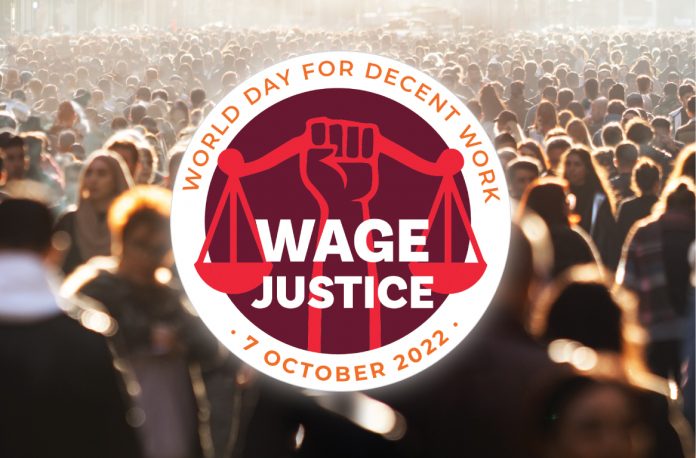 The theme of this year’s World Day for Decent Work, October 7, is wage justice.

Inflation is taking a gigantic bite out of paycheques, housing prices are out of control, and wage growth is lagging at a time when CEOs are earning over 200 times the average Canadian’s salary. The issue of fair wages has never been more important.

Every worker deserves a fair day’s wage for a fair day’s work. But even today, fair wages are still something for which we must fight.

Look no further than Amazon, the world’s largest logistics company. Amazon warehouse workers in Canada start at around $16 or $17 an hour. But while Amazon workers stay around those levels, workers at Teamster-unionized warehouses see their wages progress up to between $24.50 and $31.93 an hour, dependent on specific industry, usually within five years.

The wage gap between Amazon workers and other unionized warehouse workers helps explain why, in 2020, the company’s founder Jeff Bezos took home over $75 billion.

Does this seem fair to you? Amazon workers handle intense demands. They are told to pick an item every 9 to 12 seconds, and those who fall behind face discipline at the hands of the company. Others injure themselves just trying to keep up the pace.

Amazon workers deserve to be paid at least as much as their Teamster brothers and sisters in other warehouses. And they deserve to be treated with respect and dignity.

Teamsters across the country are carrying out a campaign to bring decency to Amazon. That means connecting with Amazon workers, and helping them join our great union.

As I have said in the past, Amazon won’t change without a union. Be it on job security, pace of work, health and safety, discrimination, favouritism, or wages, the company has proven itself to be profoundly anti-worker.

Amazon workers need to know they are not alone and that they have the power, through the Teamsters, to change things for the better.

If you are an Amazon worker and would like to get involved, click here to be connected with a union organizer.