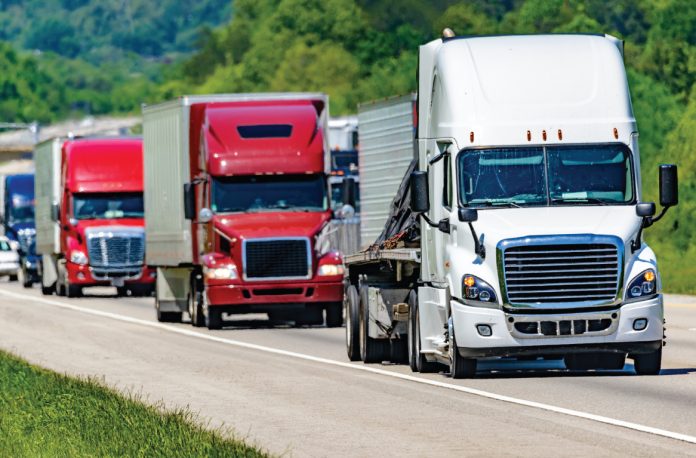 Laval, QC, October 6, 2022 – The Teamsters Union is pleased with the federal Supply Chain Task Force’s recommendations to help fill vacancies in the transport sector, outlined in a report released this morning.

“Teamsters Canada has consistently said that trucking must be recognized as a skilled trade to reduce the cost of training through apprenticeships and to underscore the value and the competencies required to perform this essential job. The report stops short of making this recommendation but does recognize the cost of training as a barrier to entry into this all-important industry,” said the president of Teamsters Canada, François Laporte.

However, and just as importantly, the union is alarmed by the report’s language surrounding the right to strike.

“We need to focus on the real issues undermining global supply chains. Free collective bargaining is not an impediment to supply chain continuity, but this report suggests otherwise. Ultimately, unions and everyday working-class Canadian families are not at the source of the world’s current disruptions. Attacking our rights won’t solve the crisis,” said the union leader.

Teamsters Canada believes that it is the responsibility of the Canadian government to create the environment where workers and employers can negotiate freely, without interference, and in good faith.

Strikes are one of the best tools to improve working conditions which consequently attracts and retain workers. Moreover, in 2015, the Supreme Court of Canada recognized that Canadians have a constitutionally protected right to strike under the freedom of association in section 2(d) of the Canadian Charter of Rights and Freedoms.

“It’s overkill to attack Charter rights in hopes of getting goods to market faster, which only caters to foreign investors who care about increased profits a lot more than healthy workers. Thanks to unions and the occasional strike, we have paid vacations, workplace health and safety standards, weekends and sick leave. Instead of coming up with solutions that penalize workers, let’s focus on offering truly great careers for everyone in the transportation sector,” added Laporte.

The Task Force, announced on March 25, 2022, answers to the federal Minister of Transport and was composed exclusively of corporate and managerial representatives.

With over 125,000 members, Teamsters Canada is the country’s largest transportation and supply chain union. The organization represents workers at CP, CN, UPS, Purolator, countless trucking companies, and more. They are affil-iated with the International Brotherhood of Teamsters, which represents over 1.2 million workers in North America.