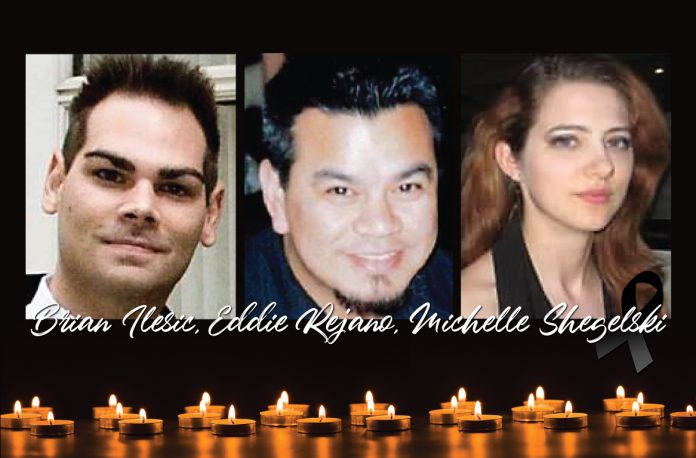 François Laporte is President of Teamsters Canada. He has 37 years of experience within the Teamsters, having served as an organizer, business agent, and assistant to the former president.

On June 15, 2012, we lost three members of Teamsters Local Union 362 in an armoured car robbery in Edmonton. Their names were Michelle Shegelski, Brian Ilesic, and Eddie Rejano. A fourth armoured car guard was also shot but survived with gruesome and life-altering injuries.

The culprit was another armoured car guard – a coward who shot his colleagues as they had their backs turned to service an ATM. He was later arrested and sentenced to life in prison. The shooting would go on to be known as the largest single loss of life in the history of Canada’s armoured car industry.

As president of Teamsters Canada, I would like to reiterate that our union will never forget those we lost. We promise to keep them alive in our memories, to never back down in our fight against workplace violence, and to never stop advocating for the safety and security of armoured car guards.

We will also never stop promoting the importance of positive mental health in the workplace. As Local Union 362 discovered, the devastating ripple effects of the shooting impacted the mental health of all those involved, as well as their families, friends, and colleagues.

The stigma surrounding mental health is a significant problem in the armoured car industry. Workers, who must carry firearms to protect themselves, fear losing their livelihoods should they open up about mental health struggles. They wonder if the government will be notified, or if gun licences will be revoked, should they seek professional help. Nothing could be further from the truth.

Our union has worked extensively with employers in the armoured car industry to ensure help is available, accessible, and confidential. Local Union 362 and Teamsters Canada have also launched campaigns to break the stigma surrounding mental health in the workplace. You can view the videos produced by the local campaign here, as well as the national youth-focused campaign here.

Since the shooting, our members at Garda in Edmonton have not had it easy. There have been multiple robbery attempts. One such attempt involving a bombing that seriously injured two guards. And in a separate incident, an armoured car guard had to discharge their firearm in self-defence, killing an armed assailant. These events take a very heavy psychological toll.

Of the hundred or so armoured car guards who work at the Garda Edmonton worksite, which was owned by G4S at the time of the shooting, only about 35 remain who were around on that fateful day. Each one of these workers remembers exactly how and where they were when they first heard the news.

Often, these workers will comment on how customers along their routes were quick to offer their condolences in the wake of the violence. Still, too few recognize the importance of armoured car guards in our society. Millions of jobs and large segments of our economy still depend on a safe supply of cash. That’s why armoured car guards deserve the very best in terms of wages, working conditions, and safety standards.

On this sad anniversary, and on behalf of our 125,000 members across all industries, I salute armoured car guards everywhere. We see you, and we will always stand up for you.