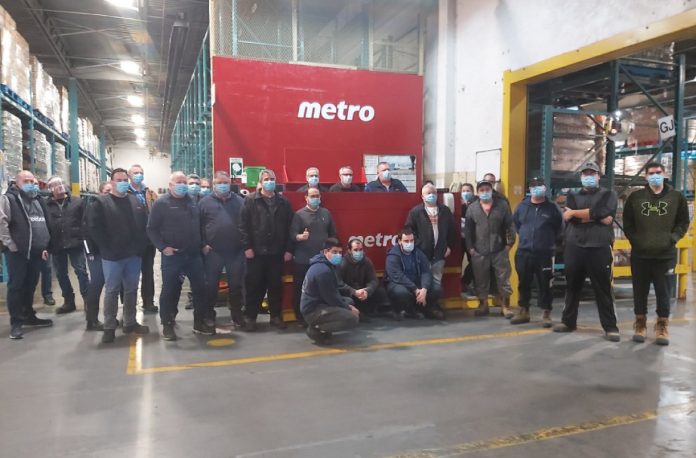 Ottawa, June 7, 2022 – Metro Ontario warehouse workers in Ottawa ratified an important new 5-year collective agreement on Sunday. These 120 members of Teamsters Local 91 obtained a minimum immediate increase of $2.25 per hour with full retroactivity to March 31. The average immediate wage increase for these essential supply chain workers ranges from 9% to 25% dependent upon their seniority.

End rates for these Grocery and Produce warehouse workers in all classifications are immediately increasing to between $30.45 and $30.70 per hour, with increases in each of the next five years.

“This new 5-year agreement demonstrates the power of worker solidarity,” said Teamsters Canada President François Laporte. “Workers are in a strong position vis-à-vis employers given the tight labour market, and with union strength, they can capitalize on this position to demand and obtain conditions they deserve.”

“We believe our achievements are representative of the hard work of Metro Ontario members in Ottawa and the respect they deserve,” said Brian MacDonald, President of Local Union No. 91 who chaired the negotiations. “These essential workers continue to rise to the challenge and support Metro’s supply chain network.  These improvements and the guarantee of a strong collective agreement should send notice to all Amazon warehouse employees that Teamsters should be their Union of choice!”

The work contract will last for 5 years.

The Teamsters Union represents the interests of 125,000 members in Canada. They are affiliated with the International Brotherhood of Teamsters, which has 1.4 million members across North America.