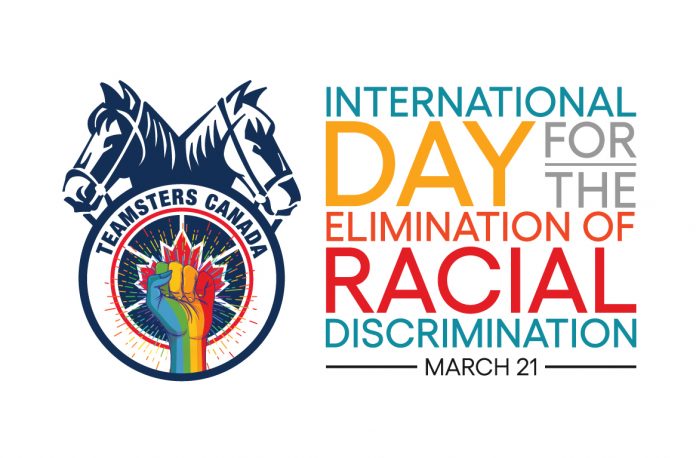 The official theme for this year’s International Day for the Elimination of Racial Discrimination, ‘Voices for action against racism’, speaks to the essence of the rights and respect we fight to uphold as union members. Every individual deserves a safe working environment. Every individual deserves equal pay for equal work but also, equal pay for equal value. Each of us is striving for a good quality of life, in relative comfort, security and happiness. None of these should not be determined by race, religion, gender, age or sexual orientation.

What’s our role in all of this? It’s our responsibility as a union to ensure that we encourage members to contact their local stewards whenever they face – or are witness to – any form of racism, discrimination or harassment. It is equally important that locals act promptly when receiving such complaints. Even more so, we have a duty as an organization to continue to push for equality. We can do this by encouraging unionization among traditionally disadvantaged groups. Most importantly, we can continue to push for equality by focusing on being open-minded, welcoming and celebrating union activism among all members. I invite all my brothers and sisters to dedicate themselves to this task, as we all win in solidarity.