Laval, November 10, 2021 – The workers of Autobus Rive-Sud, Division Sainte-Julie, has reached a tentative agreement with their employer last Monday. These school bus drivers are affiliated with Teamsters Local Union 106.

The union members obtain substantial wage increases and a two-year work contract with retroactive payment for the first year.

“Once again, the solidarity of our members has been a winning strategy,” said Teamsters Canada President François Laporte. “It is also a message to all workers in the industry: it is by standing up that we can improve our lot.”

The bargaining process at Autobus Rive-Sud represent the start of no less than 25 negotiations for the renewal of Teamsters’ work contracts in this sector of activity over the next 12 months.

“We are going to demand better working conditions from all employers with whom we renegotiate in 2022,” warns Jean Chartrand, president of Teamsters Local Union 106. “The retention bonus paid by the government to drivers until 2024-2025 is not a wage increase and the school bus companies must take note of this.”

The presidents of Teamsters Canada and Local Union 106 would like to congratulate Sister Sylvie Duval and the negotiating committee for the tremendous work they have accomplished.

This tentative agreement will be recommended to the members at a union meeting to be held today. 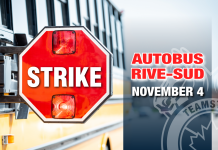 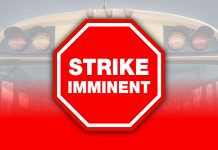