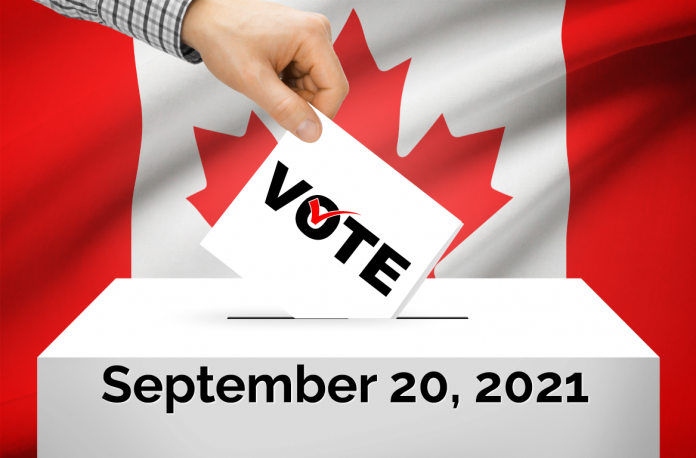 As you are aware, our country is in the middle of a federal election campaign. As President of our great union, one of my duties is to take every opportunity to highlight the issues that are important to our members directly to the politicians before, during and after any elections.

My message to you during this 2021 federal election campaign is first and foremost to exercise your right to vote on September 20, 2021. I will not tell you who to vote for as Teamsters Canada is a non-partisan organization. I will, however, tell you what we have been advocating for on your behalf as Teamster members so we can all make informed decisions before we cast our votes.

Since the last election in 2019, Teamsters Canada has been very active on Parliament Hill fighting for our members’ rights and for better legislation and regulations for all workers in Canada.

Here are a few issues I encourage us all to look out for in the different party platforms as they are released.

Continue to invest in supporting workers in sectors affected by the pandemic until a full recovery is made.

↪ For Teamsters Canada, this is especially important for our members in the hospitality and trade show industries. We are only now beginning to reopen these sectors and we know things remain unstable at this time.

↪ This pandemic showed us how crucial it is for workers to have access to paid sick days in order to ensure the workplace is a safe and healthy environment for all.

↪ Both extending the benefits period as well as making it more accessible for sick or precarious workers, especially those in the gig economy.

Including paid leave for pregnant or nursing workers under the Protective Reassignment provisions in the Canada Labour Code.

↪ As we encourage more and more women to enter the non-traditional job sectors, so too must our regulations allow them to remain safe and healthy when performing those jobs. When a worker cannot be accommodated because of a danger to her or her unborn child, then she should not be made to choose between that safety or her income security.

↪ Our Teamster members working in long-term care homes have told their stories over and over again and we need a government that commits to working with the provinces to improve both working conditions and the quality of care for our seniors.

↪ We have been advocating and will continue to advocate for independent oversight when it comes to railway accidents, especially when there is a fatality. Railway company police are in direct conflict of interest and our members and their families deserve peace of mind and fairness when investigations into accidents are required.

Commitment to no back-to-work legislation for workers in the rail industry.

↪ A commitment to respecting the right to collective bargaining and the right to strike means the government will do whatever it takes to get the parties back to the bargaining table when negotiations are difficult and not impose back-to-work legislation.

Commitment to dealing with the Drivers Inc. model once and for all.

↪ This model drives down wages, affects drivers’ health and safety and has a proven record of not contributing to our tax system, rendering the playing field unfair for legitimate drivers and employers who respect the law.

Regulating contract flipping in airports so workers are not negatively impacted when airport authorities sign a new contract with a service provider.

↪ Too many workers in our airports have lost their jobs or have had their wages rolled back when a new contract is signed by airport authorities. This leaves many of our members in unfair and precarious situations.

↪ A long-standing demand for workers and their families that will help them get back to work while their young children benefit from early learning and childcare programs.

These are a few examples of important issues our members identified in various ways to our leadership and that we hope will be supported by a new government in Ottawa.

I invite you to review the party platforms below and make a decision to vote in the best interest of working families across Canada on September 20, 2021.