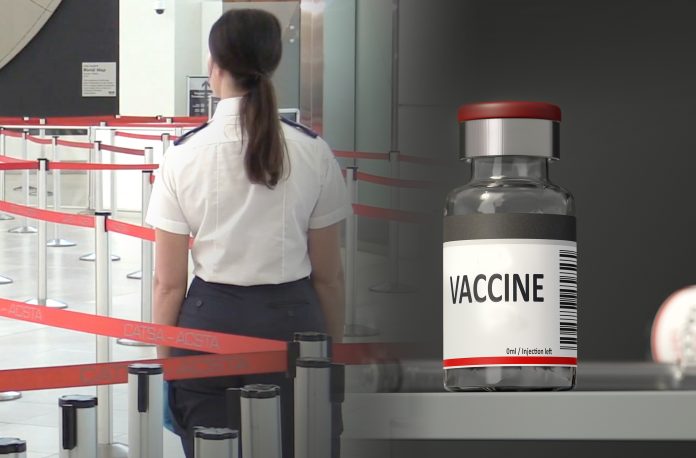 The Teamsters, which represents most of Garda’s airport screeners in Alberta, is calling on the company to do right by their employees.

“Instead of showing leadership and caring for their employees, Garda is using a legal technicality to avoid giving workers paid vaccination leave. As a result, hard-working Albertans now face barriers to booking vaccine appointments. We call on Garda to change their policy and start giving airport screeners paid vaccination leave, so that we can all safely move our country out of this pandemic,” said the president of Teamsters Canada, François Laporte.

Arranging appointments around work schedules and family obligations can be challenging at the best of times. Even during a pandemic, airports are operating 24 hours a day, 7 days a week. If a screening officer cannot get vaccinated on a day off, Garda’s solution is to have the employee take an entire unpaid day off.

The pandemic has been stressful on airport screening officers. These workers are essential to keeping the public safe on flights. They do not have the option of working from home. Often, they cannot keep 2 metres distance from the public, either because they need to pat-down a traveller or because their working conditions are too cramped or crowded. Just last week, an outbreak in Edmonton International Airport infected three screening officers so far, leading to a total of twelve screeners being put in isolation.

Alberta’s COVID-19 situation is currently the worst in North America, with new infections showing no sign of slowing down. Variants of concern continue to wreak havoc as hospitals in the province come under increased stress. Officially, over 2,000 Albertans have died from consequences of the virus since the pandemic began.

“Vaccines save lives. Given this unprecedented global health catastrophe, large employers like Garda have a moral obligation to remove barriers for employees who choose to get vaccinated. Garda clearly is not living up to that moral obligation,” said Bernie Haggarty, secretary-treasurer of Teamsters Local Union 362, the union local representing Garda airport screeners in Alberta.