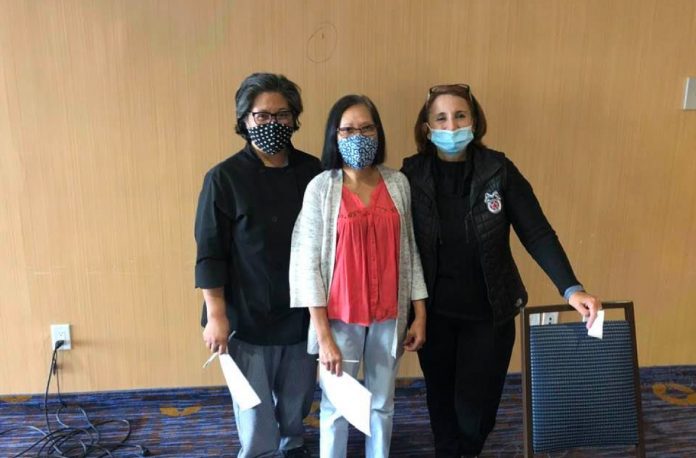 Toronto, October 28, 2020 – Hotel workers at the Marriott Courtyard Markham voted 99.9% in favour of ratifying a new collective agreement earlier this month. The workers are represented by Teamsters Local Union 847.

“I would like to congratulate the bargaining committee for their hard work,” said the national president of Teamsters Canada, François Laporte. “This is a great outcome for these hard-working Canadians.”

The union was able to negotiate wage increases ranging from 12% to 18% across job classifications. The employer has also agreed to eliminate premiums on group health and welfare benefits, putting approximately $1000 annually back in workers’ pockets. Finally, workers will gain two new paid sick days a year where they previously had none.

“Hotel workers are essential workers, and it’s good to see them get the respect and recognition they deserve from their employer,” said the president of Teamsters Local Union 847, Fernanda Santos.

“Don’t forget that hotels provide temporary shelter to those in need, help people quarantine and self-isolate, and helped house healthcare workers during the early days of the COVID-19 pandemic,” she added. “Hotel workers are key to making all that happen.”

Being on the frontlines, one worker at the hotel contracted the novel coronavirus during the spring but made a full a recovery. The union and management have since worked together to improve pandemic protocols in the workplace.