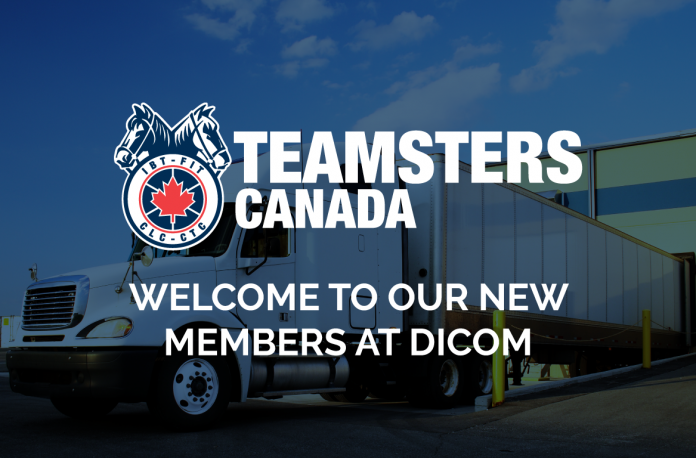 Laval, QC, November 4, 2018 – Teamsters have made a historic breakthrough by organizing drivers at the parcel delivery company Dicom in Drummondville. The application for union certification was submitted on October 31, 2018, by Teamsters Local Union 931.

After an organizing blitz, the fifteen drivers chose to be represented by a union for the first time in the company’s history.

“The drivers weren’t satisfied with their working conditions and that’s why they joined our union,” said Gerry Boutin, president of Local Union 931. “I would like to welcome them into the big Teamster family.”

Teamsters are the dominant force in the package delivery industry in North America.