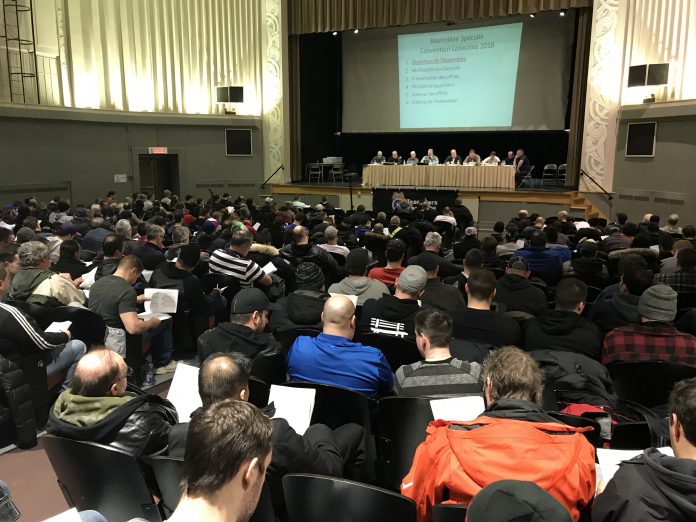 Laval, February 25, 2018 – A labour dispute could soon break out at the Molson brewery on Notre-Dame Street in Montréal. At a union meeting this Sunday, members of Teamsters Local Union 1999 refused their employer’s offers for a second time. The workers then voted 87 % to authorize strike action.

A strike could be called when deemed appropriate.

The main sticking points are the pension plan, group insurance, outsourcing, and wages. The negotiating committee wishes to resume the talks as soon as possible.

Teamsters represent the interests of the approximately 550 brewery workers at Molson in Montréal, including bottling and delivery workers.