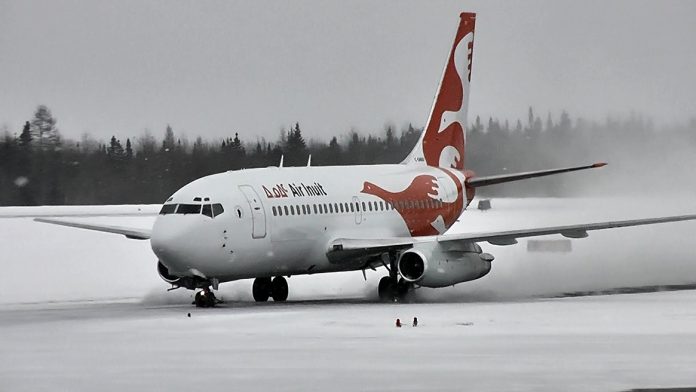 Laval, March 22, 2017 – The roughly 160 pilots and flight attendants employed by Air Inuit ratified a new collective agreement that guarantees industrial peace with the air carrier until 2023. Non-monetary and monetary clauses will be enhanced in the new contract.

Negotiations, which began in 2015, were not without snags. Management proposals were rejected by Teamsters members twice before being ratified on March 7. The assistance of conciliators and mediators from the Federal Mediation and Conciliation Service (FMCS) was also required during talks.

“I would like to salute the work of the negotiating committee, as well as the patience shown by these workers, who really pulled together for two long years,” said Teamsters Local Union 1999 Chair, Michel Héroux. “Our members help provide quality air transportation services to the aboriginal communities of northern Quebec. That’s why we’re so committed to improving their living conditions.”

Air Inuit was founded in 1978. The airline provides freight and passenger service as well as charter and emergency flights in northern Quebec and elsewhere in Canada and the United States. It serves some 21 communities, including 14 villages in Nunavik. Air Inuit operates a fleet of 27 aircraft. 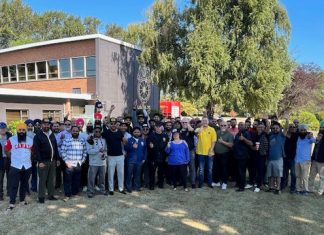 Teamsters Canada - September 27, 2022
Teamsters Canada and its local unions and rail conferences are donating over $100,000 to the Red Cross for Hurricane Fiona relief efforts, with more pledges expected from the union’s affiliates over the coming days.

Teamsters Canada - September 22, 2022
The Teamsters Union has negotiated an historic and spectacular wage increase – over 33% in the first year of a new collective agreement – for the drivers of the GD Paquette school bus company!