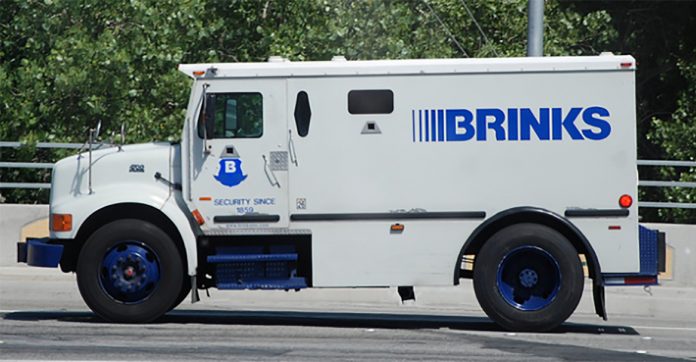 Toronto, September 1, 2016 — Wayne Garner, Assistant Director of the Armoured Cars Division of Teamsters Canada, took part in a telephone conference between the federal government and the industry representatives today to discuss safety issues in the armoured cars industry.

This hearing follows a decision by the Canadian Centre for Occupational Health and Safety on August 18 regarding the safety of the model used at the Edmonton branch of Brinks Canada, which employs 215 members of Local Union 362. A member of Local Union 362 filed a work refusal because his safety might have been at risk working on a specific assignment of work.

There are Teamsters members sitting on all the Garda and Brinks health and safety committees across the country. In addition, a Teamsters Canada representative holds regular meetings with the Department of Public Safety and the Department of Labour with a view to informing the federal government about the issues that workers are facing.

“We are keeping a close eye on the situation wherever our members are found,” explained Jason Sweet, Director of the Armoured Cars Division. “The operating model varies from one neighbourhood, one city and one region to another, which means that deployment of resources varies from one place to another.”

Jason Sweet also believes that information concerning the armoured car industry must not be disclosed to the public, “given the unique nature of the work involved.”

“We’re talking about human beings who transport cash,” cautioned the union representative. “It would be irresponsible of us to disclose any sensitive information because the lives of these workers – as well as the safety of the public – could be threatened if there were to be any leaks.”

At the moment, no other complaints have been identified and no other work refusal has been recorded in all the bargaining units represented by the Teamsters Union.

The Teamsters represent 120,000 members in Canada in all industries, including 2,000 armoured car guards. The International Brotherhood of Teamsters, with which Teamsters Canada is affiliated, has 1.4 million members in North America.