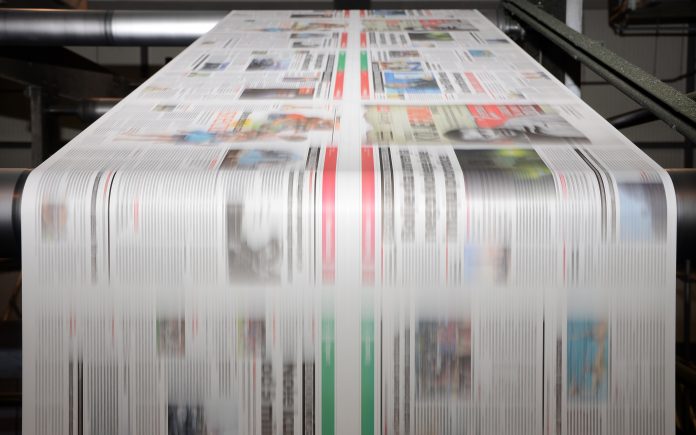 Laval, September 1, 2015 — Pierre-Karl Péladeau may have taken the plunge into politics, but the organizational culture at Quebecor’s Mirabel printing plant, which prints the Journal de Montréal and le Devoir, has not changed one bit. Quebecor’s management has once again decided to lock out its press operators, electricians, mechanics and handlers without giving negotiations any real chance of producing results. These workers are affiliated with Teamsters Canada’s Local Union 555M.

Discussions between the parties started in March but despite the bargaining committee’s clear good faith, there is no agreement on the horizon.

“We get the sense that the plant’s management is not really motivated to negotiate,” laments Denis Fournier, representative of Teamsters Local Union 555M. “We’re ready to make compromises on the job front and severance pay, but management won’t budge.”

Today also marks a sad anniversary: 35 workers were laid off due to “lower production volume […] and the ending of commercial activities.” Another 15 workers were let go in January.

Update: Quebecor will have to reinstate some laid-off workers

Incidentally, the Mirabel facility is an ultramodern plant opened just 10 years ago.

Industry rumour has it that the plant will eventually be sold to the competition. Commercial contracts were recently transferred to competitors, leaving press operators only the Journal de Montréal, Le Devoir and the 24 Heures newspaper to print.

The plant’s workers also fear that employees hired by the company in March will be used as strike breakers. The union will be keeping a close eye on the plant’s activities in the days and weeks ahead.

The press operators at Quebecor’s printing plant in Mirabel have an unusual clause in their collective agreement: any labour dispute must be resolved within 20 weeks.

This 20-week limit, enshrined in the collective agreement, was the brainchild of Pierre Péladeau senior and the company’s unionized workers in 1983 as a means of preventing a protracted dispute, which would cause the newspaper to close, as has happened with other dailies. Journal de Montréal greatly benefited from such strikes at Montréal-Matin and La Presse.

“Here we are again in a labour dispute with the printing plant’s management even though we’re not that far from an agreement,” concludes Denis Fournier. “History is repeating itself despite the fact that we’re negotiating in good faith.”