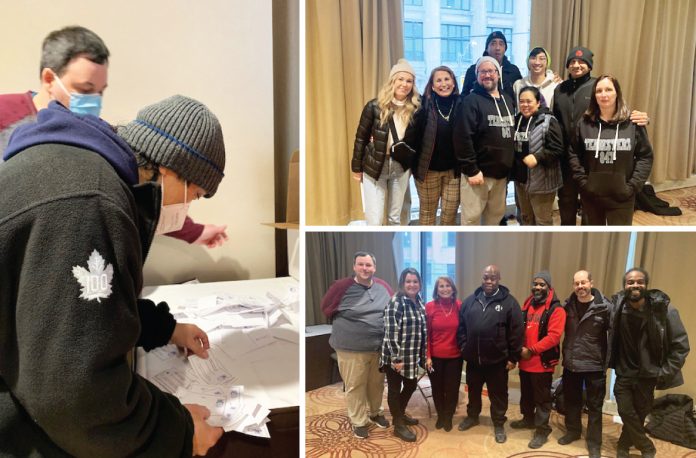 The 300 members of the Arena Division (Kitchen, Housekeeping, Conversions/Ice Crew and Warehouse) ratified a five-year deal on Friday with an over 20% increase for the term of the contract. According to Fernanda Santos, President Teamsters Local 847, one of the most important wins is a guaranteed 40-hour workweek, and the recovery of some of the work that was being subcontracted. Among other highlights are expanded health and welfare benefits (including free benefits for retirees and their spouses), pension increases, and overall improvements, such as premiums and allocations.

The next day, the 300 members of the Restaurants Division of MLSE ratified a three-year deal with an over 12% increase for the term of the contract, with the same highlights as their brothers and sisters at the Arena Division.

For Sister Santos, these important wins come on the heels of a very difficult COVID period and are due by no small means to the strength and solidarity of the 847 representatives and members.