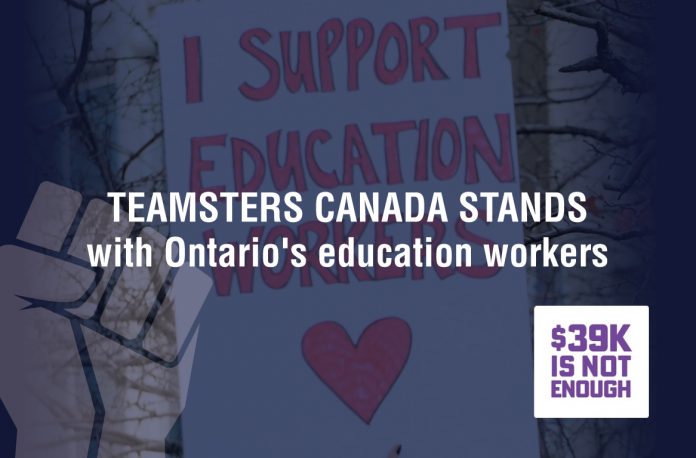 Upon hearing of your intent to invoke the notwithstanding clause to quash a labour dispute with this province’s education workers, I felt compelled to write to you and advise of the significant ramifications of such actions on all the province’s labour unions fundamental right to negotiate on behalf of our hard-working members.

Throughout the pandemic these workers have, as Mr. Doug Ford has noted, pulled up their socks and stepped up to ensure that all our children, particularly those with special needs, were provided with the support required through such a difficult time.  I completely agree with your stance that all of our children must come first.  But in order to ensure our children’s basic right to being prioritized, the Ontario government must come to the table and bargain in good faith to ensure that those whom our children rely on the most are provided with a decent living wage and working conditions.

Imposing the notwithstanding clause and forcing a four-year collective agreement is not going to ensure our children receive the hygienic environment, the educational assistance or mental health support needed for a better future.  And as one of the largest labour unions of our country, we are completely opposed to such actions and must unveil this government’s failure to uphold the bargaining process – a pillar of our democratic society.

As I’ve mentioned, these workers have stepped up through this country’s once-in-a-century pandemic.  And now it’s time for the government to step up to the table and negotiate with those who have carried our province and have met our children’s needs despite the difficult times experienced by all.

In any crisis, leaders have two equally important responsibilities: solve the immediate problem and keep it from happening again.  I am calling on you to solve this problem with our education workers and support staff and to prevent such a stand-off from ever happening again.

We remain steadfast in our fight for workers’ rights to a decent living wage and working conditions.  And we stand with our Brothers and Sisters represented by CUPE through this fight.