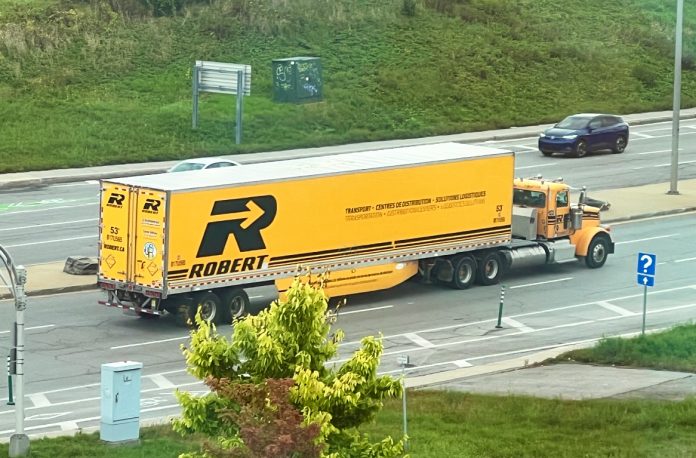 Laval, September 21, 2022 – Close to 150 workers at Groupe Robert Transport voted 88% in favour of ratifying a new collective agreement this weekend. The new three-year contract provides for salary increases ranging from 12.99% to 21.7% over the course of the contract, depending on job category.

The dockworkers and truck drivers covered by the new agreement are represented by Teamsters Local Unions 106 and 1999.

“Trucking industry workers are the heroes of our economy. Everything in our shops, and everything that can be ordered online, must at some point be transported by truck. They deserve our respect, and I am pleased to see that their importance is being recognized in this new collective agreement,” said Teamsters Canada President François Laporte.

On top of the raise, the defined benefit pension plan saw a 32% improvement to give workers a better shot at a decent retirement. Job security guarantees were also included in the new contract.

Hourly employees, who make up the bulk of the bargaining unit, will also have guaranteed hours.

Finally, overtime will be paid after 9 hours worked in a day. The change is particularly important for city drivers, who too often could only claim overtime after 60 hours in a week.

The gains position the Teamsters as a true engine of progress in the trucking industry – necessary progress, given inflation and the many challenges faced by the middle class.

“The Teamsters Union is the only organization dedicated to helping trucking industry workers. And we will never stop fighting. Our economy depends on these workers; they deserve respect and fairness,” hammered the president of Teamsters Local Union 106, Jean Chartrand.

“Congratulations to the members and the bargaining committee. Solidarity and unity have earned us this important new collective agreement,” added the president of Teamsters Local Union 1999, Michel Héroux.