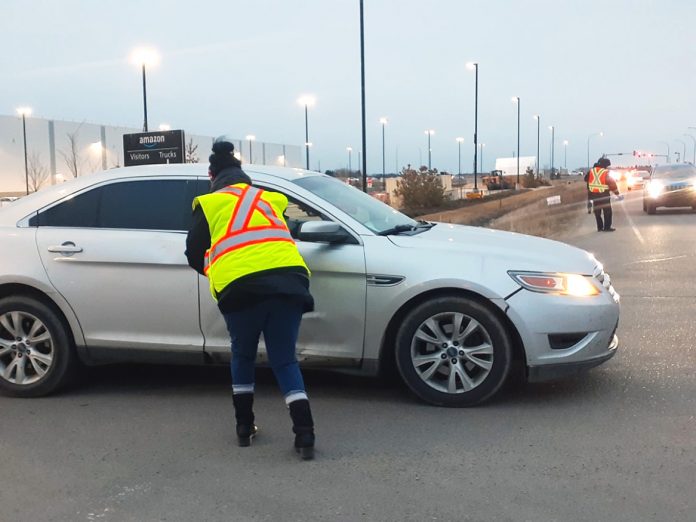 NISKU, AB, April 5, 2022 /CNW/ – Teamsters Local Union 362, which represents approximately 7,000 workers at 75 companies throughout Alberta and the Northwest Territories, has re-launched its efforts to secure employee sign ups at the Amazon Fulfillment Centre in Nisku, Alberta.

Effective today Teamsters members are actively running a campaign at the Nisku site, as the union is seeking to gain signed membership cards from Amazon workers to meet the 40 per cent threshold required to vote.

Chance Hrycun, Vice-president and Business agent with Teamsters Local Union 362, says “We want Amazon workers to know that they are not alone, and through Teamsters, we can make a profound difference in their work environment, compensation, employment rights and safety.”

Should Teamsters reach the threshold, an application will be submitted, followed by a vote with the labour board. Says Hrycun, “The workers at Nisku are demanding change, not only for their workplace, but for the thousands of workers across North America who feel like they don’t have a voice. We stand with them in solidarity.”

The Teamsters Union has been in Canada for more than 118 years, and warehousing and delivery services have been among the union’s core industries for just as long.

About Teamsters Local Union 362 of Alberta:
Teamsters Local 362 is affiliated with the International Brotherhood of Teamsters. We have over 100 Collective Bargaining Agreements providing security and peace of mind to workers in a vast array of industries, including warehousing and logistics. Being a member of Local 362 means you and your family have the ability to build a future and are a part of a team of approximately 7,000 members spread across the Province of Alberta and the Northwest Territories. We are proud to be a key part of communities where our members live, work and organize. Visit Teamsters362.com for more information.