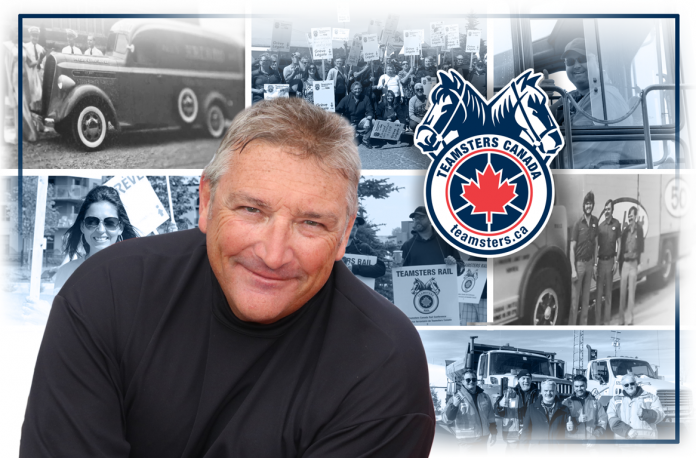 Each year on Labour Day, workers across North America take a well-deserved day off as summer comes to an end. It’s also an opportunity to pause and think about our past victories and challenges that still lay ahead.

We live in a time of great uncertainty. In Canada, we hear almost daily about how trade might affect our economy and our livelihoods. The Trump tariffs, based on a twisted understanding of the North American economy, have already led to many of our sisters and brothers in the steel industry being laid off. Hundreds or even thousands more could be affected in the dairy industry should supply management be scrapped. The same goes for Teamsters who make auto parts in Ontario should negotiators not reach a fair and reasonable deal for automobiles.

The rise of automation and artificial intelligence is another source of uncertainty, albeit one that’s a little farther off. Many companies are hoping to one day replace professional drivers with untested and potentially dangerous unmanned vehicles. But it doesn’t just end with self-driving vehicles; every aspect of our economy could be affected. In breweries, for example, bottling lines are increasingly being replaced with canning lines, which require more machines and less people.

As I think of these challenges, I know that at least our economy is in an excellent shape. Employment numbers are strong for, exports are rising, and businesses are investing.

More importantly, unions are negotiating strong collective agreements. The labour movement is organizing and doing everything possible to ensure workers are getting a fair share of the economic growth. As a result, wages and working conditions are improving.

I’d be remiss not to touch on how unions have been able to advance the condition of working men and women. Labour Day in Canada finds its origins in the Toronto Typographical Union’s 1872 strike for a shorter work day. Union activity was a criminal offence in Canada at the time, but the workers persisted won the right to a nine-hour work day. Moreover, the strike inspired Prime Minister John A. MacDonald to legalize unions and get rid of Canada’s “barbarous laws” on workers’ rights.

While some opponents to unions point to how far we’ve come since the fight for a shorter work day, they don’t recognize that workers still face challenges and uncertainty. Indeed, unions are as necessary now as they were in 1872.