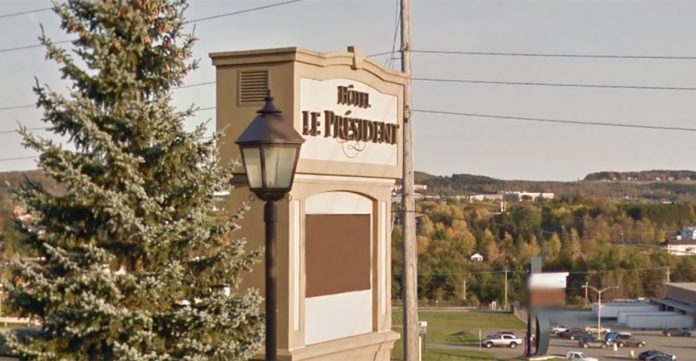 Laval, July 11, 2016 — Bad news awaited some thirty workers at Hôtel Le Président this morning. After being served lockout notice by management at 10 a.m., the employees were asked by security guards to vacate the premises immediately.

This sudden, disrespectful announcement follows the closure of the restaurant and very difficult negotiations between the two parties. Despite meetings with a mediator, the deadlock could not be broken.

“Needless to say, our members are furious and very disappointed,” fumed Michel Richard, representative for Teamsters Local Union 1791. “Negotiations had been at a standstill for a few weeks since we were waiting for a response to our proposal, but the employer never even bothered to contact us.”

The employer’s latest proposals for a 1% to 1.5% salary increase per year for a six-year contract are considered ridiculous. The Teamsters members were simply asking for parity with other local workers.

“When workers earn between $12 and $14 per hour, they are justified in seeking a better life for themselves,” added the union leader. “In addition to working for next to nothing, they have no pension plan and very few holidays.”

Such working conditions are unacceptable in 2016.

Picket lines will be set up in front of the establishment tomorrow. The Teamsters Union asks vacationers to steer clear of Hôtel Le Président until the dispute is settled.

“It is not our practice to launch a boycotting campaign,” explained Michel Richard. “But the employer’s offensive attitude gives us no choice.”

“In any case, hotel management does not have sufficient human resources to ensure guests’ comfort without using scabs. Clients would be well-advised to stay elsewhere until the lockout is lifted.”