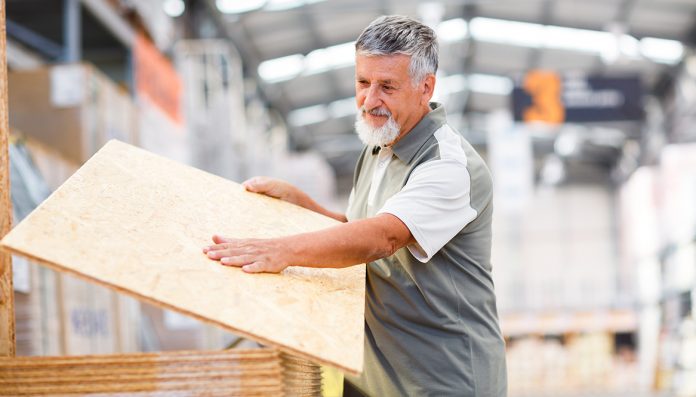 Laval, February 5, 2016 – According to information obtained by the Teamsters Union, the re-opening of the Norbord plant in Val-d’Or is in jeopardy as the result of a decision made by Québec’s Ministry of Forests. In December, the ministry terminated the timber license held by the Norbord plant in Val-D’Or. The license would have been transferred to another as-yet unbuilt plant.

An OSB manufacturer for residential construction, Norbord employs a hundred well-paid workers in a region that desperately needs quality jobs.

The ministry is requiring that the plant reopen in 2016. While Norbord cannot commit before 2017, the company insists it is working to ensure the plant’s survival.

The stars seem aligned for the plant to resume its activities within 12 to 24 months, provided it has a timber license. In fact residential housing starts in North America are approaching 1.3 million units, the threshold required to ensure the plant’s viability. Moreover, the weak Canadian dollar is helping Canadian companies in this industry.

“Our members have been waiting for this plant to reopen since 2012 and are more than ready to return to work to support their families,” said Teamsters Canada Local Union 1999 President Serge Bérubé. “We’re asking the company to speed up the process and the government to keep an open mind concerning timber licenses.”

In the last few weeks, Norbord management has hired engineers and experts to make an assessment about reopening the plant. Steps are being taken, but this is a serious matter that takes time.

“The Couillard government has a poor track record when it comes to job creation, particularly in the regions,” said the union leader. “The government would do well to carefully examine all the options rather than out rightly reject Norbord and its Val d’Or plant.”

Is the Norbord Val d’Or plant shut down temporary or permanent?

It will be recalled that the Val d’Or plant was shut down in 2012 because of the economic situation and a slowdown in housing starts. At the time the Teamsters Union filed a grievance, claiming that the workers were entitled to severance pay.

Unfortunately the arbitrator did not rule in favour of the union and confirmed that the plant was closed “temporarily.”

“Four years is far from temporary and I believe the arbitrator was mistaken,” fumed Serge Bérubé. “Let’s not forget that in the best-case scenario, the plant will only reopen in 2017. In the meantime, our members have nothing to do but wait.”

“Some of these workers have a lot of seniority and can’t find jobs elsewhere. Much more than employment statistics, these are people who have families to support.”