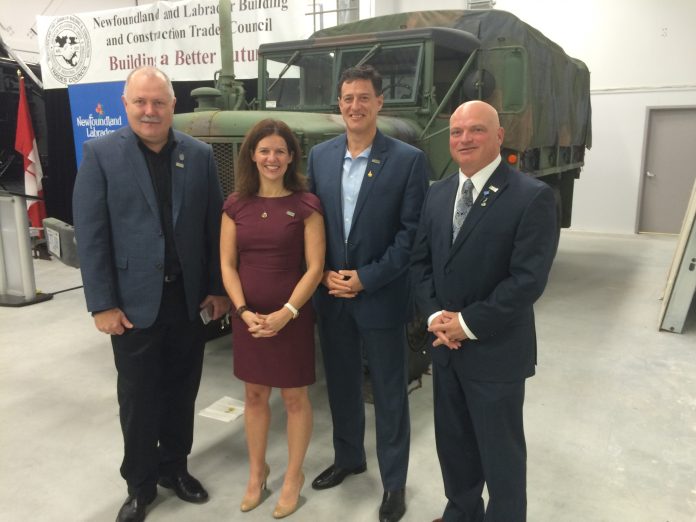 Quebec, Manitoba and Ontario have already embraced this progressive initiative, with several other provinces looking to also accredit military driver qualifications in the near future.

Until today, veterans with military driver qualifications were unable to gain civilian recognition for these qualifications despite the fact that while in uniform they could operate large vehicles on civilian roadways.

“Veterans deserve our full recognition and admiration,” explained Rick Gill, President of Teamsters Canada Local Union 855 at the news conference. “This morning’s announcement will help them find well-paid jobs as truck drivers in the construction industry, and improve their lives.”

These veterans will also benefit from better working conditions if they are hired by businesses where the Teamsters are present. Bear in mind that most products are delivered at some point by a trucker – in all likelihood a member of the Teamsters.

Teamsters Canada joined Canada’s Building Trades Unions initiative to counter the labour shortage anticipated in the coming years. According to a study by the Conference Board of Canada, the building and construction industry will need to find 20,000 drivers by 2020. The Conference Board also predicts that this shortage will have a significant impact on businesses, productivity, consumers and, of course, workers.

To ensure the success of this initiative, some of the administrative requirements tied to the recognition of military licences must be relaxed. Among others, the current procedure to recognize the equivalence of military and civil licences will be fast-tracked.

“Veterans and their families deserve the best,” stressed Rick Gill. “If they come work with us in a unionized business, veterans will have access to good wages and benefits that will help them face the future with confidence.”