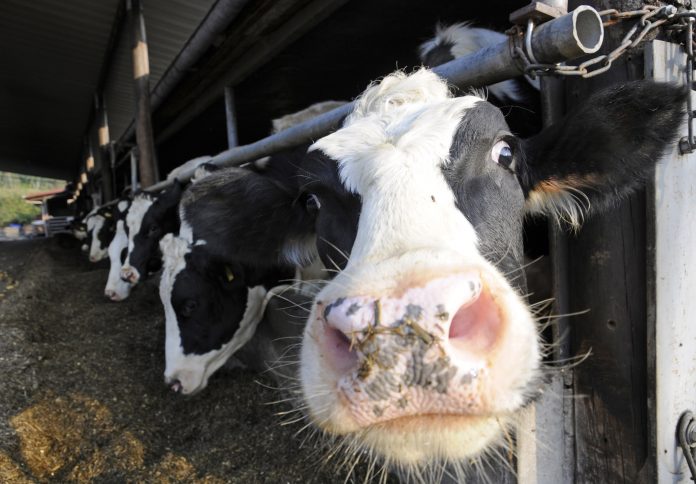 Laval, July 23, 2015 — In advance of the final stages of Trans Pacific Partnership Negotiations (TPP), Teamsters Canada President Francois Laporte sent a letter today to International Trade Minister Ed Fast urging him to defend Canada’s Dairy Industry and to “make clear, as Canadian governments have done for many years in many trade talks, that our dairy supply management is ‘off the table.’”

The TPP end-game takes place in a context in which the United States, New Zealand and other nations would have Canada scrap its longstanding and successful approach to protecting its farmers, industry workers, and communities. The past year has witnessed a significant decrease in global dairy demand and prices, owning in part to the Chinese economic downturn, and a corresponding glut of milk product, particularly in New Zealand, where dairy comprises a significant portion of their GDP.  Fonterra, the country’s monopolistic dairy conglomerate, and one of the largest players in global dairy markets, has recently announced significant layoffs.

“The Fonterra-New Zealand model is not one that Canadian dairy and agricultural interests need further expose themselves to,” Laporte said. “Supply management works for Canadian farmers and dairy industry employees”

TPP negotiations have dragged for over half a decade, largely in secret, and dairy and agriculture comprise only one sector of a deal that would cover a broad swath of industries, rules, and regulations, that stand to affect the global economy in its entirety. Nevertheless, for all of the countries at the negotiating table, agricultural issues are always difficult to mediate because of the direct impact the sector has on citizens the world over. Which countries end up with what may boil down to those governments that acquiesce the quickest to the demands of global corporations, and those that stand fast in defending the standards and values which have an unambiguous impact on the public.

“It is not too much of a stretch to state that, when negotiators gather in seclusion in Maui, global pressure will be brought to bear on Canada to abandon its supply management system, and abandon Canadian farmers, communities, and dairy industry workers along with it,” said Teamsters Dairy Director David Froelich, of Local Union 987 in Alberta.

“By holding firm, Minister Fast can take a stand for far more than the Canadian dairy industry and our sovereignty;  Canada can send a strong signal to the world that the current “free trade” model is broken,” Laporte said.

Teamsters Canada represents more than 2,500 dairy workers and in excess of 120,000 workers total across a broad array of industries that could be affected by the still-secret trade agreement.