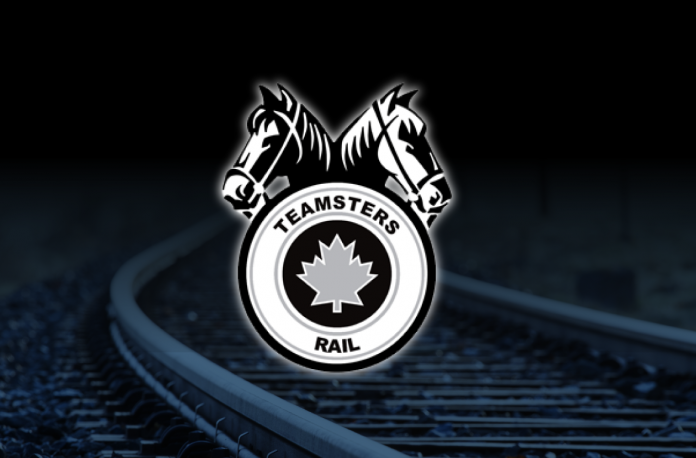 Laval, QC, October 1, 2018 – The Teamsters have written to the Chief Medical Examiner of Manitoba to request a coroner’s inquest into a September 15 derailment near Ponton, MB that killed a conductor and left a locomotive engineer with life altering injuries.

Both men initially survived the crash, and the injuries sustained by the conductor appeared to have been entirely survivable. But paramedics were not allowed to attend to the wreck site. It is not clear how that decision was made, or by whom. Nine and a half hours after the derailment, the conductor apparently died as a broken bone bled out.

“Our hope is that an inquest will shed light on how this incident could have either been prevented or, at the very least, how to ensure critical medical attention could have reached these two workers sooner, easing their suffering and perhaps making it possible for a 38-year-old man to still be with us,” said Roland Hackl, Vice-President of the Teamsters Canada Rail Conference (TCRC).

The wreckage of the train was discovered entirely by chance by a helicopter. The outside world only became aware of the derailment some two hours after the crash, when the helicopter crew was able to find cell service and call for help. The Transportation Safety Board is still investigating the cause of the derailment.

“Our railway family is grieving and in pain. We kindly ask that the media respect this and give the families of the affected members some space by not contacting them at this time,” added Hackl.

Download the letter to the Chief Medical Examiner of Manitoba.

Teamsters represent close to 125,000 workers across Canada, including over 12,000 workers in the rail industry. The International Brotherhood of Teamsters, with which Teamsters Canada is affiliated, has 1.4 million members in North America.