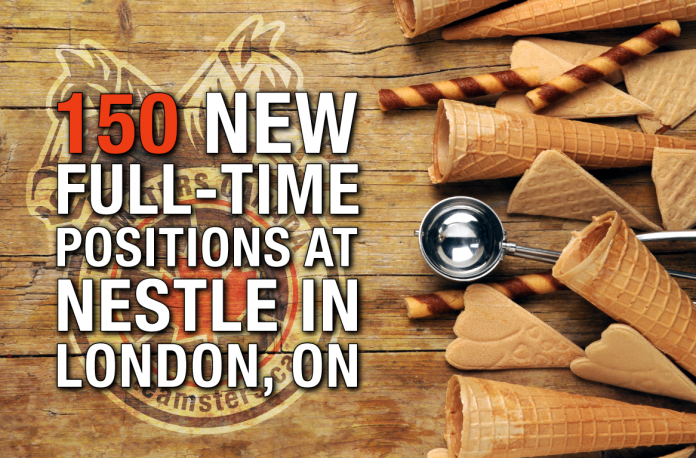 LONDON, ON – Teamsters 647 is excited to announce that through the hard work of our Teamsters 647 Nestle members, the London Ice Cream plant will soon be hiring 150 permanent full-time production positions at its London facility. Our members produce products like Häagen-Dazs, Parlour, and Drumstick. Recently, a $51.5 million expansion was announced to help with greater production demands.

Nestle offers competitive wages, competitive health benefits, company-wide bonus program, and other premium working benefits in addition to a high regard for safety in its state-of-the-art facility.

About Teamsters 647
Teamsters 647 was established in 1934 and represents thousands of individuals in the dairy, bakery, and flight catering industries. Members are distribution workers that work with fluid milk, ice cream, fresh and frozen bakery, margarine and mayonnaise production and distribution, and catering. Local 647 has a rich and successful history of building and protecting good paying, middle-class jobs across Ontario.