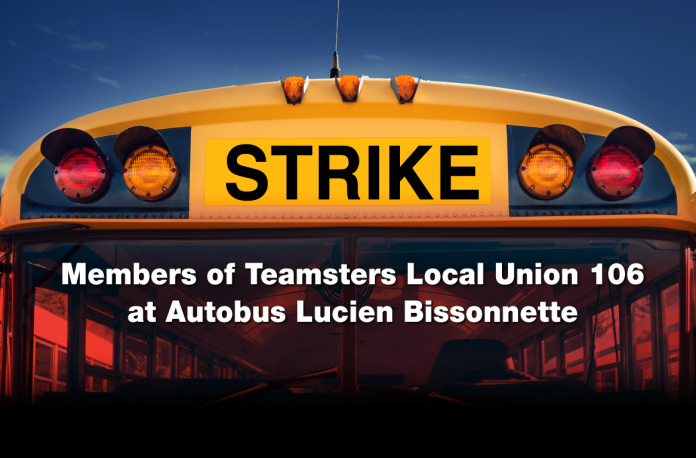 Laval, QC, April 23, 2018 – Barring a surprise agreement, workers at school bus company Autobus Lucien Bissonnette will go on strike at 6 a.m. this morning. Last-ditch bargaining sessions and management offers to the 50 employees at the company were not enough to break the deadlock at the negotiations table.

Wages are once again the main sticking point. Workers in the school bus industry earn between $20,000 and $ 25,000 annually. A new collective agreement should at least allow wages to catch up to increases to the consumer price index. These low working conditions are also worsening the manpower shortage in the industry.

The commission scolaire des Trois-Lacs in Vaudreil-Dorion and the Lester B. Pearson School Board in Dorval will be affected by the labour dispute. Some 4000 students will be left without school bus service.

Teamster members gave negotiations ample opportunity to succeed and had even delayed going on strike by an extra two weeks. Because negotiations remained at a standstill, they were left with no other option but to launch a general unlimited strike.

Teamsters represent close to 125,000 workers in Canada in all industries, including over 1000 school bus drivers in Québec. The International Brotherhood of Teamsters, with which Teamsters Canada is affiliated, has 1.4 million members in North America.