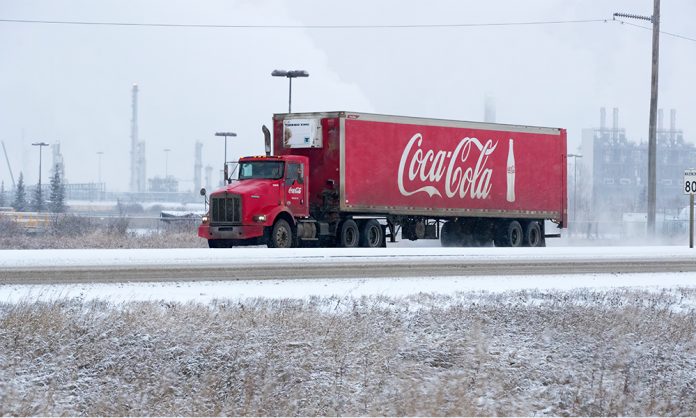 CALGARY – April 1, 2021 – Teamsters Local Union 987 has reached a new collective agreement with Coca-Cola Canada Bottling Limited. Some 268 workers at the Coca-Cola Refreshments Calgary plant had been on strike since March 15.

Union plant workers had been without a collective agreement since October 2020. During a vote that took place yesterday, membership voted 73 per cent in favour of the new agreement.

The new collective agreement includes improved language that employees have expressed will provide them with a stronger sense of job security and trust with the company. This includes:

Says Brock Penner, Business Agent, Teamsters Local Union 987, “Our membership spoke clearly that there were areas they wanted improved to create a successful workplace. I’m appreciative of the dedication of our membership and the company for collectively reaching a fair agreement that supports our members and the business.”

Teamsters 987 had previously not had strike action since 2004 and is dedicated to standing up for its members and creating positive outcomes for their work environments. The membership is looking forward to continuing to dedicate their efforts to the success of Coca-Cola’s operations in the Alberta market.

About Teamsters Local Union 987 of Alberta:

Teamsters Local Union 987 of Alberta is a family of more than 5,000 workers strong from over 13 industries and 40 collective agreements. They protect and empower members through powerful advocacy with employers, superior legal backing and assistance with many other areas that contribute to a greater quality of life. Teamsters 987 has been creating fair workplaces across Alberta since 1942. Visit Teamsters987.com for more information.