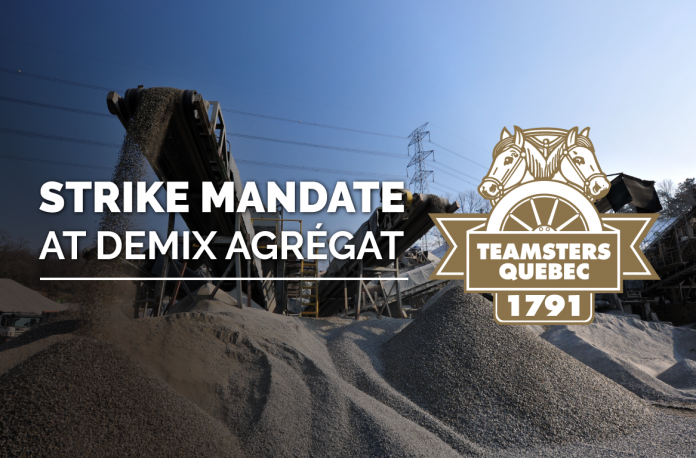 Laval, July 1, 2020 – Workers at the giant Demix Aggregates plant in St-Jacques-le-Mineur voted 100% in favour of a strike mandate. Their union, Teamsters Local Union 1791, will strike at the appropriate time. The workers rejected 100% of the employer’s latest offers at the same union meeting held on June 22.

The members of Teamsters Local Union 1791 expressed their frustration, considering the employer’s offer insulting and far below their expectations.

“It seems that these workers are worth less than those at other sites of the same company,” said Local 1791 Secretary-Treasurer Michel Richard. ” Our members in St-Jacques-le-Mineur deserve more and better. The employer has an interest in substantially improving its offer!”

It goes without saying that wages are at the centre of the dispute between the parties.

The previous collective agreement expired on January 1, 2020. One day of bargaining is scheduled for July 15 and it will be decisive for the future.

Demix acquired the St-Jacques-le-Mineur site in March 2017. Demix claims to be a leader in the production and distribution of granular products and serves the Greater Montreal Region. 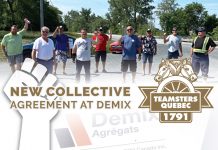 Workers at Demix Aggregates on Strike 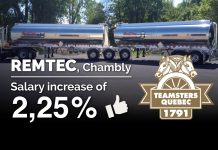