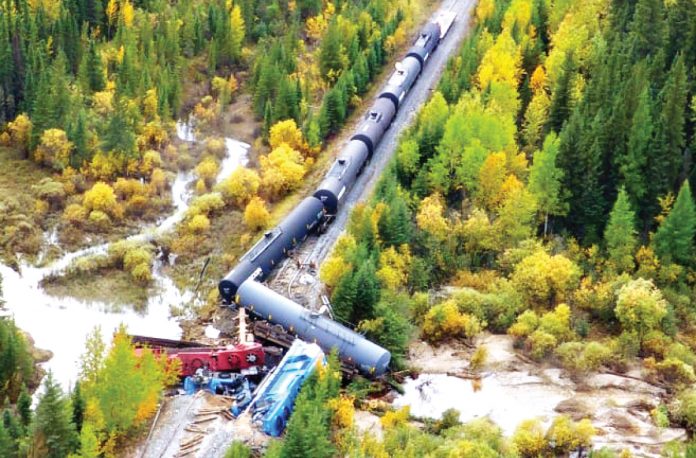 Laval, QC, March 15, 2019 – The Teamsters Canada Rail Conference (TCRC) and the families of the victims of the Ponton Derailment are welcoming Manitoba MP Niki Ashton’s call for an inquiry into the causes of the incident. This follows a Transport Canada directive which found failures in how the employer handled the situation. The derailment killed a conductor and left a locomotive engineer with life altering injuries.

“We are all surprised that the Transport Canada directive indicates that the employer was aware that the location at which the derailment occurred had, only five days before, been the subject of concern involving a passenger train,” said TCRC spokesperson Roland Hackl. “The union and operating crew were not previously aware of this. We note that the employer says it was a different location, but either way, there clearly appears to have been a known risk.”

The other concerns listed by Transport Canada, like the absence of communications support and ambulance service, were also raised by the union and the families in the aftermath of the derailment.

The Transport Canada directive can be read here.

“We are disappointed that the Hudson Bay Railway has chosen to appeal the directive. The TCRC will be participating at the hearing. This isn’t about pointing fingers. It’s about figuring out what went wrong, how the system failed and making sure it never happens again,” added Hackl.

Both men initially survived the crash, and the injuries sustained by the conductor appeared to have been entirely survivable. But paramedics were not allowed to attend to the wreck site. It is not clear how that decision was made, or by whom. Nine and a half hours after the derailment, the conductor finally died of blood loss while still at the scene of the crash.

The deceased conductor has now been identified as 38-year-old Kevin Anderson. The surviving locomotive engineer is a 59-year-old man who asks that his privacy be respected at this time.