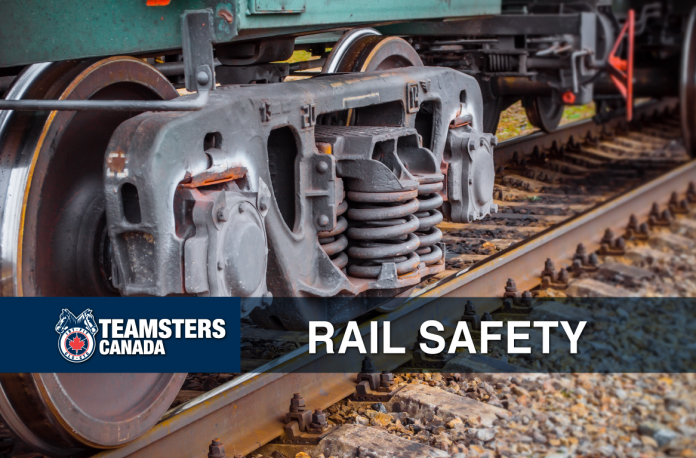 Calgary, February 8, 2018 – Teamsters are applauding Transport Canada’s order that all railway companies must use handbrakes when trains are stopped on a mountain grade after an emergency use of their air brakes. The order comes after a deadly train derailment between Field, BC and Calgary which cost the lives of three railroaders, all members of the Teamsters Canada Rail Conference (TCRC).

“Transport Canada’s order on the use of handbrakes is a clear demonstration of their commitment to rail safety,” said Don Ashley, National Legislative Director of the TCRC. “We can’t be taking any chances until the exact causes of this tragic derailment are determined. You can’t put a price tag on rail safety – it’s a matter of life and death.”