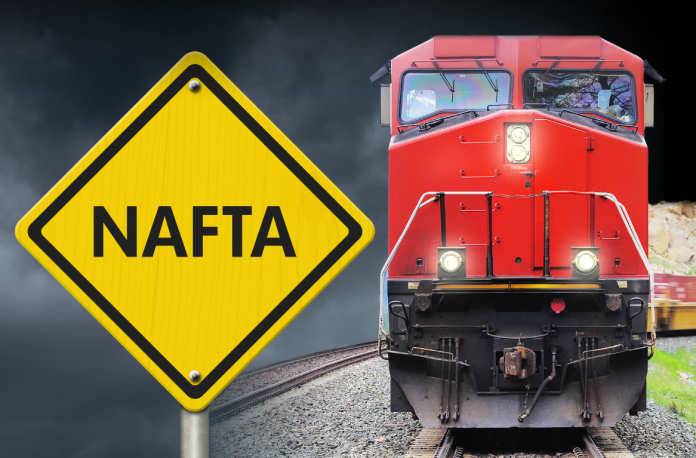 “The Teamsters are encouraged to see U.S. and Canadian representatives sitting down this week and trying to reach agreement on essential outstanding issues as part of NAFTA 2.0. Canada’s inclusion in any revamped trade deal is necessary if the Teamsters are ultimately going to endorse this pact.

“Likewise, all North American nations must be included in a freight rail fix the Teamsters and our Mexican rail union brethren are demanding that would protect the jobs of some 143,000 freight rail workers in the U.S., Canada and Mexico. It builds off an agreement reached by the continent’s railway unions two decades ago in the spirit of solidarity – that no movement of employees across borders would occur absent explicit agreement with the unions permitting it.

“The U.S. Teamsters-affiliated Brotherhood of Locomotive Engineers and Trainmen sent a letter to President Trump in July informing him that Kansas City Southern Railway was already allowing Mexican rail workers to staff trains inside U.S. borders, in violation of federal law.

“Similarly, Teamsters Canada sent a letter to the Canadian Minister of Foreign Affairs in late August calling on Canada to protect its rail members from companies wishing to replace them with U.S. workers. It referenced the 2015 actions of Canadian Pacific Railway as necessitating the request.

“We note that the exclusion of foreign rail crews that the Mexican government inserted in the original NAFTA is likely to survive into the replacement agreement and therefore we call on the U.S. and Canadian governments to similarly protect our freight rail crew members. These workers are members of BLET and TCRC, Teamsters all, and we expect that their existing collective bargaining agreements will be honored and their jobs will be protected from unilateral cross-border incursion under any new trilateral NAFTA replacement.

“The threat to North American rail workers is real. We urge the U.S. and Canada to make sure these workers are protected as part of a new NAFTA.”