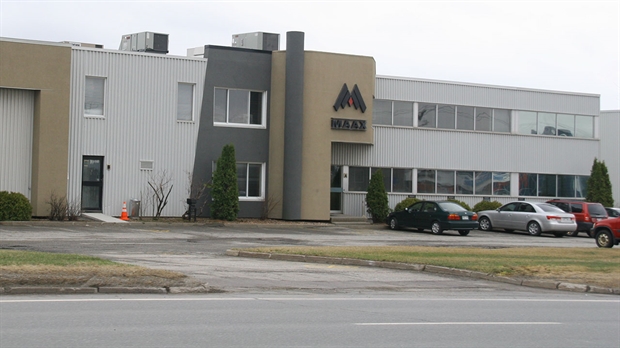 Laval, July 19, 2018 — Tomorrow morning at 5:00 o’clock at the Maax plant, some 120 men and women workers represented by the Teamsters Union will go on strike. The main issues are wages and vacation seniority.

Negotiations have been ongoing since March 2018. Despite two bargaining sessions and 15 meetings with a conciliator, no agreement has been reached. The Teamsters Union is asking for a $1-an-hour pay increase in each year of the future collective agreement. The employer has proposed less. Pay at Maax is around $16 per hour.

“Frankly, on that kind of pay you don’t have a high-flying lifestyle,” Teamsters Local Union 106 President Jean Chartrand pointed out. “It’s the same thing for the workers at the five Résidences Soleil that are on strike right now: we’re dealing with an employer that doesn’t pay its workers decent wages.”

Aggravating this unacceptable situation is the fact that the employer refuses to set up a pension plan, unless it lowers its already inadequate wage offers. The Teamsters have proposed setting up a pension plan with the Fonds de solidarité du Québec.

“Working at Maax is physically demanding, and our members are entitled to a reasonable pension plan,” Chartrand added. “Our members are central to the success of this business; they deserve more than the federal and provincial pension plans when the time comes for a well-earned rest.”

Teamsters spokesman Stéphane Lacroix will be on site tomorrow to give interviews to the media.

Maax is a leading North American manufacturer of bathtubs and shower enclosures, bases and doors. The last collective agreement expired on December 31, 2017.

The Teamsters Union represents the interests of nearly 40,000 men and women workers in Quebec. Teamsters Canada is affiliated with the International Brotherhood of Teamsters, which has 1.4 million members across North America.