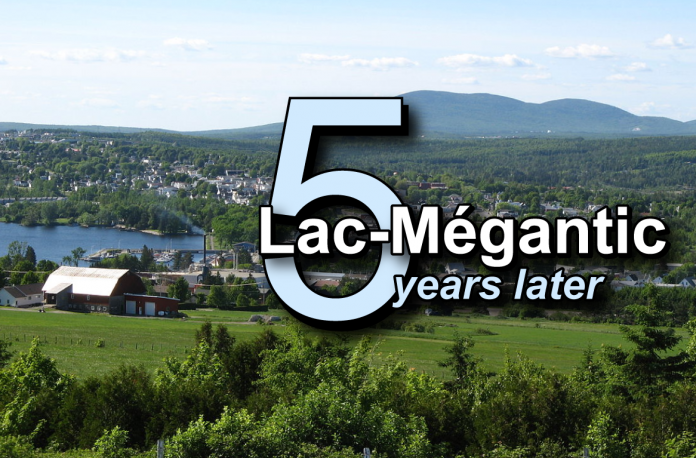 On July 24, 2013, I visited the Lac-Mégantic town centre. I found overwhelming sadness and sorrow, but also, a great deal of resilience. At the time, the Teamsters Union raised and provided money to the Red Cross, not only to assist this lovely small town, but also to assess the extent of the damage and console our fellow citizens who, on July 6, 2013, at 1:14 a.m., were afflicted by Canada’s worst rail accident.

Readers will recall that the derailment of a train of 72 tanker cars full of crude oil caused explosions and fires that destroyed nearly 40 buildings in a two square kilometres area, leaving 47 dead and an entire community devastated.

Five years later, the Lac-Mégantic disaster still resonates in the collective imagination. The tragedy, which plunged an entire community into bewilderment and grief, will never be forgotten, by residents or by rail workers.

For years, the Teamsters Canada Rail Conference, which represents the interests of more than 10,000 workers in this industry, has urged federal elected representatives to allocate more resources to overseeing rail companies and their tracks. Regrettably, both Conservative and Liberal governments have opted for superficial solutions, like onboard video cameras to keep an eye on rail workers, this in spite of the fact that the Transportation Safety Board of Canada, the Office of the Privacy Commissioner of Canada, and all the unions directly and indirectly involved in this industry condemn the use of these devices.

In fact, if the government wants to do an effective job of protecting the health and safety of workers and the public, it should no longer allow rail carriers to be self-regulated. On the contrary, Transport Canada must hire enough resources to conduct the necessary inspections and enforce existing laws.

Aside from the dreadful human loss, the one thing we need to remember from Lac-Mégantic five years later is this: rail safety in this country must not be left in corporate hands. We owe it to the victims and their families, to the workers in this industry, and ultimately, to all Canadians.

The Teamsters Union we will keep moving toward this goal, for as long as it takes.