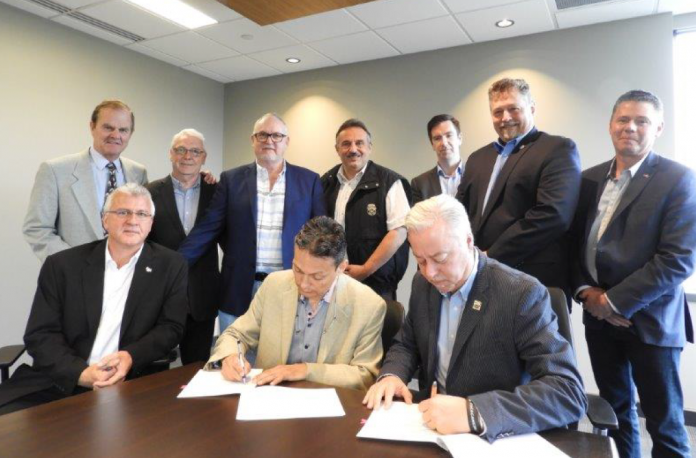 The venture, which is endorsed by every one of the First Nations along the proposed route, would be the first indigenous-led major infrastructure project in Canadian history. It stands to employ thousands of construction workers and count as a new source of revenue for governments and indigenous communities.

As is normally the case with projects of this scale and ambition, members of Canada’s four craft unions (Teamsters Canada, IUOE, UA and LiUNA) will build the pipeline and pumping stations. A memorandum of agreement to that effect was signed earlier this month.

The agreement between the company and the four unions features provisions for the inclusion of local residents, businesses and First Nations throughout the construction phase. It also binds parties to a rigorous safety and training strategy, while creating employment opportunities for local and indigenous workers.

“The Eagle Spirit Energy Corridor is much more than a source of very high-paying jobs,” explained François Laporte, President of Teamsters Canada. “It is a chance to do right by indigenous peoples and take an important step toward reconciliation.”