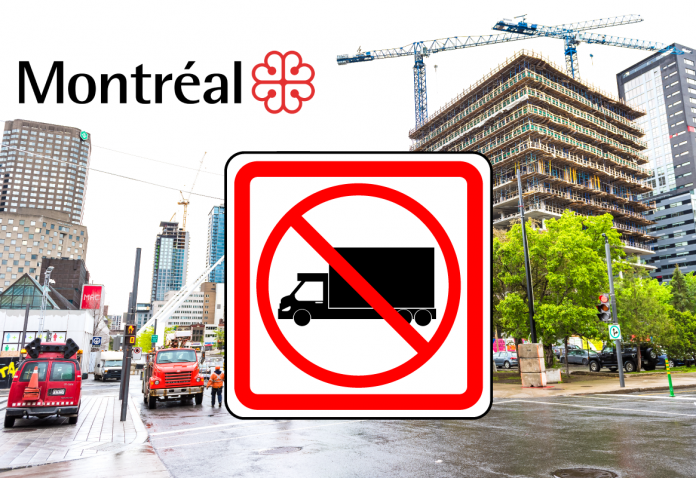 Laval, September 26, 2017 — Yesterday, the TVA network reported that Mayor Coderre was reconsidering the place of trucks and wanted to shorten delivery hours on the island of Montreal.

The spokesperson for the mayor omitted to mention in this announcement that one of the results of this new policy would be to increase the number of trucks on Montreal streets, since many more vehicles would be needed to deliver the same amount of goods within a narrower window.

“We would need a bigger labour force since there would be more trucks on the road,” explained Jean Chartrand, President of Teamsters Local Union 106, which represents over 4,000 truck drivers in Quebec. “This would increase the cost of products and food, and again consumers would have to foot the bill.”

This measure, they say, follows the “Vision Zero” approach, developed by the Swedes. The latter also underscore that the road network should be designed to protect the most vulnerable users.

While the Teamsters have always acknowledged the importance of protecting human life and ensuring the safety of all road users, the increased number of trucks outside rush hours could nullify the City’s efforts to implement “Vision Zero”, since more vehicles on the roads – even for shorter periods – would automatically mean greater risk for pedestrians, cyclists and motorcyclists.

“I see more blind spots in ‘Vision Zero’ than real gains in road safety,” said the labour leader. “There are other solutions that could have significant positive impacts on the road-safety record.”

In February 2017, the Teamsters offered suggestions in a position paper submitted during SAAQ consultations on road safety. For example, a major campaign to increase public awareness of the importance of caution around trucks would be a good start. Modernization of traffic lights, in particular by integrating digital countdowns, would make crosswalks safer.

In a context where trucks have become mobile warehouses, commonly known as “just-in-time”, it would be astounding if manufacturers were able to deliver their merchandise on time to retailers should this new policy be implemented.

Cutting drivers’ hours on the road would also make recruiting even more difficult in an industry that insists on offering workers mediocre working conditions, particularly to those who are not unionized.

The labour shortage in the industry is by no means a Teamsters invention. According to a study by the Conference Board of Canada, there will be a shortage of 20,000 truckers by the year 2020. This shortfall is felt particularly acutely in the trucking industry. Mayor Coderre’s new policy would make the industry even less appealing.

“Truckers now work up to 13 hours a day, too often for starvation wages,” said Jean Chartrand. “A trucker who is caught in a traffic jam, stuck at the border or waiting at a loading bay isn’t always paid.

And that’s on top of road congestion, lack of recognition of the trucker’s trade, health risks, and more.”

Truck drivers are the backbone of the economy. Without them, retailers’ shelves would be empty, and supermarkets could not feed people.

For these reasons, the Teamsters Union says “no” to Mayor Coderre and his plan to restrict trucking hours. This plan would undermine the working conditions of truckers, increase the labour shortage in the industry, is ill-conceived and would in no way improve road safety statistics on the island of Montreal.