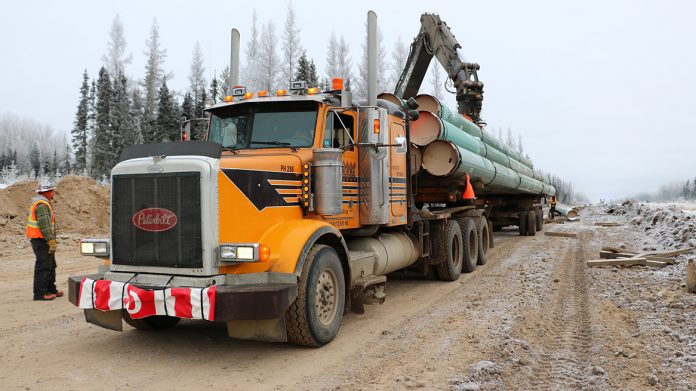 Responsible pipeline projects that create solid jobs can be a huge relief for struggling workers. That’s why we’d like to talk to you about the Project Labour Agreement (PLA) that we are seeking with Kinder Morgan for the Trans Mountain Expansion (TMX) project.

Despite our efforts over many months to meet with Kinder Morgan, we have still not secured a commitment for jobs on TMX in British Columbia.

Pipelines built with experienced workers are much safer than those that aren’t. So we want to let you know in advance that the B.C. Coalition for Safety Before Profits, of which Teamsters Canada is a member, launched an online campaign to tell Kinder Morgan to keep a promise they made to put safety before profits.

You can help by visiting www.safetybeforeprofits.ca. You’ll find easy links to Facebook, where many of our stories will be showcased, and where you can like and share with friends, relatives and neighbours.

Thousands of hard-working British Columbians are available for work. Collectively, our members have built the safest pipelines in Canada. Kinder Morgan needs to keep its promise to and ensure well-paying middle class jobs go to experienced and trained workers.