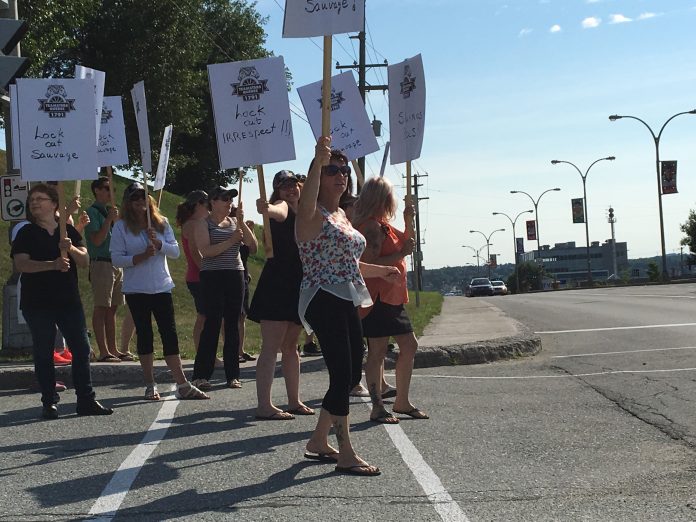 Laval, July 20, 2016 – The Teamsters and management of the Hôtel Le Président have been called to a meeting with the conciliator from the provincial Ministry of Labour tomorrow.

Workers at Hôtel Le Président are seeking a substantial wage increase to catch up with their brothers and sisters at other hotels in the region.

Hotel management brutally locked out roughly 30 workers on July 11. This shocking decision came on the heels of the closure of the hotel’s restaurant in June, and the resulting loss of 24 jobs.

The Union also noted the presence of possible strike breakers at the hotel last week. The Ministry of Labour is investigating and should issue a report shortly.