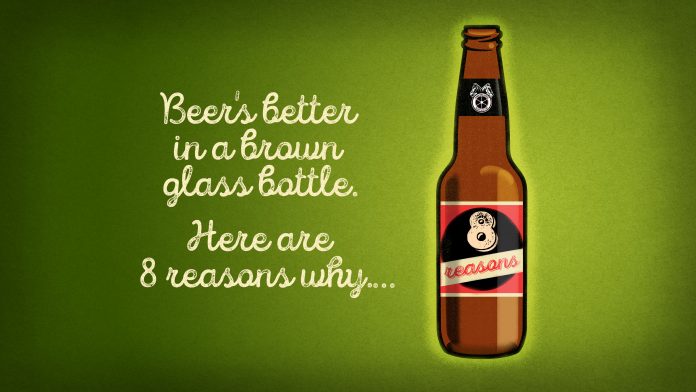 The campaign aims to raise awareness about the importance of drinking (in moderation) beer from a capped brown bottle instead of beer from a can.

“The environmental impact of capped brown beer bottles is almost non-existent,” says the president of Local Union 1999, Serge Bérubé. “Unfortunately, the current trend in the beer industry is all about canned beer, which will also have a negative impact on local jobs.”

Unlike many countries in Europe, like Denmark, Québec does not prohibit the sale of cans. As a result, these single-use containers usually ends up in a landfill.

Hundreds of well-paying jobs are at risk if the government is slow to implement an environmentally and socially responsible policy on bottled and canned beer. Molson, for example, recently announced the construction of a new plant in the Montreal area, which will likely focus on canned beer at the expense of good jobs and the environment.

“Like workers at Bombardier, our members pay taxes that contribute to the economic health of our province,” said the union leader. “We therefore ask the government to show leadership and legislate to promote the production and sale of bottled beer, specifically capped brown bottles, just like in Europe.”

98% of capped brown beer bottles are recovered and reused 17 times before being crushed, melted and produced into new bottles.

In addition to the radio ads, a video will be posted to social media and BrownBottle.ca

Finally, an ad will also appear in LaPresse+ on December 19th and 26th.