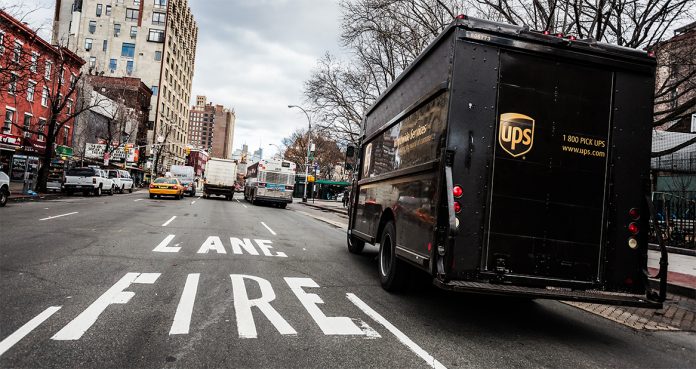 Laval, October 22nd, 2015 – Eighty-one percent of the UPS workers who voted were in favour of ratifying the tentative agreement negotiated between Teamsters Canada and company management on September 24.

Under the new employment contract, valid until February 2020, wages will increase by $4.15 per hour. The pension plan was also enhanced. In addition, UPS will now compensate workers when rules on excessive overtime are not respected. This was a recurring bone of contention between the parties.

Several non-monetary clauses concerning benefits and allocations were also improved. Furthermore, in the wake of the campaign launched by the Teamsters on September 17, a mental health assistance and awareness program is now enshrined in the new Collective Agreement.

“I would like to congratulate members of the Negotiating Committee for their excellent work throughout the talks,” said Teamsters Canada President, François Laporte. “They demonstrated creativity in order to improve working conditions for our members who, in turn, expressed their satisfaction by ratifying the Collective Agreement.”

“Our members made a wise decision given the current economic climate.”