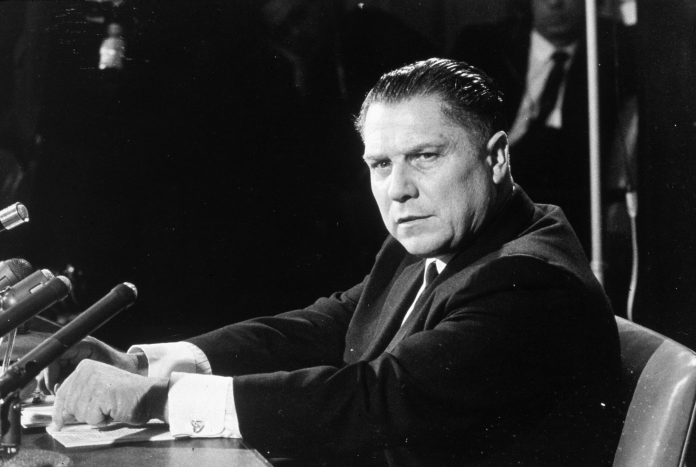 July 30, 2015 marks the 40th anniversary of the disappearance of one of the greatest labour leaders in American history – James R. Hoffa.

As Teamsters General President, Hoffa honed his well-earned reputation as a tough and effective bargainer and gained the respect of labour and business leaders alike across the country. He worked hard to expand the number of working men and women who were protected by union contracts and under his leadership, the union’s membership rose to include more than 2 million workers.

Hoffa’s crowning achievement was the 1964 National Master Freight Agreement, which united more than 400,000 over-the-road drivers under one contract. This contract, a feat that had been declared virtually impossible by many, lifted more workers out of poverty and into the middle class than any other single event in labour history.

Former Congressman Elmer Holland (D-PA) once said that, “Jimmy Hoffa has put more bread and butter on the tables for American kids than all his detractors put together.”

Hoffa was devoted to his union and to his family. He gave his life while fighting to remove corrupt elements from the union and return power to the members.

On this tragic anniversary, Teamster members and retirees from across North America join together in honoring the man who forever improved the lives of millions of workers and their families.

The Teamsters Union recognizes the Hoffa family for their sacrifice and devotion to this great union – they lost more than a leader, they lost a father and grandfather.