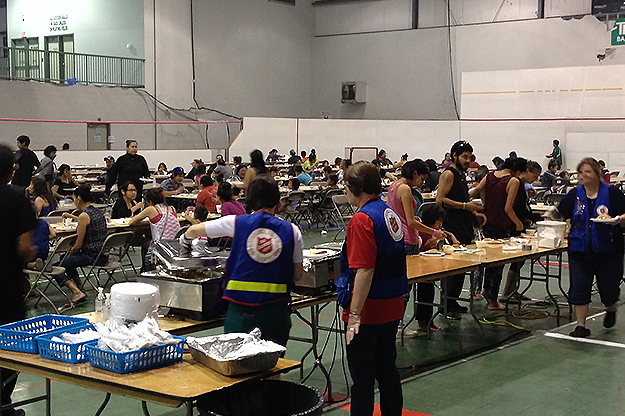 Teamsters are lending a hand to the evacuees of Northern Saskatchewan. The province’s very own Local Union 395 raised $1000 to help those who were forced to evacuate the northern part of the province. Teamsters Canada also donated $3000, bringing the total to $4000

The money will go to the Salvation Army, which set up a trust fund for the wildfire evacuees.

During the course of these wildfires, approximately 10 000 residents of Northern Saskatchewan were forced to evacuate. Luckily, the situation is now starting to improve. Caring for the remaining evacuees remains an important priority.

“The evacuees have been placed in mass shelters throughout the province and have little to no information about the toll the fires may have taken on their communities,” explained Randy Powers, principal officer of Local Union 395. “Most have no idea what they will find when they are allowed to return home.”

Francois Laporte, the President of Teamsters Canada, highlighted the importance of helping communities recover after disasters like these. “We support communities everyday by fighting for better working conditions and by protecting people from abusive companies. But faced with a disaster on this scale, everyone needs to pitch in a bit more.”

Cheques can be made out to the Salvation Army with Saskatchewan Wildfires noted in the memo field, and sent to 2240 13th avenue, Regina, Saskatchewan, S4P 3M7. Teamsters Canada asks both members and the public to consider donating.