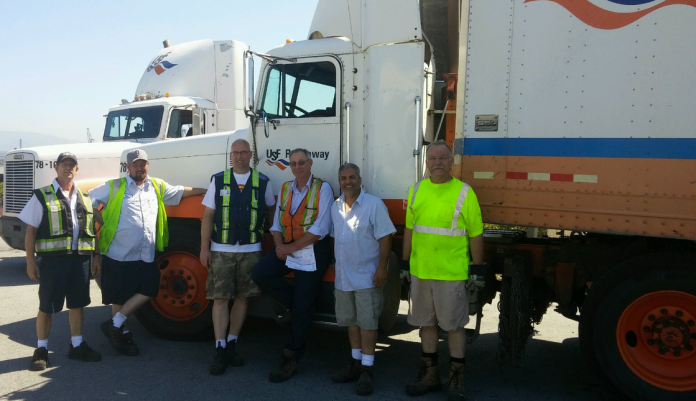 Delta, June 29, 2015 — Teamsters Local Union 31 successfully won a representation vote that certified the union at the British Columbia Labour Relations Board to represent the Drivers, Warehouse Workers and Clerical at USF Reddaway Inc. in Delta, BC.

Some 1,600 workers of this company are unionized with the Teamsters.

The workers said they wanted to be respected by their employer.

“The workers expressed their courage for what matters most to them: respect,” said Ben Hennessy, Director of Organizing of Teamsters Local Union 31. “I’m proud to have given the workers at USF Reddaway a strong, helping Teamsters hand up to build a brighter future.”

The union will meet with the employer in the next few months, and both parties will bargain with a view to entering into their very first work contract.

“I would like to thank brothers Mike Hennessy of Local Union 31 and Grant Coleman of Teamsters Canada who helped us a lot in this organizing drive,” added Ben Hennessy. “Without them, none of it would have been possible.”